Betrothal Gift Exchange, also known as 过大礼 – is the day where the groom, together with his friends or relatives, come over to the bride’s house to deliver the betrothal gifts. Often these gifts were exchanged between both sides and formed as parts of the Chinese wedding custom.

Usually, the date will be fixed around one month or so before their actual wedding date and for my sister, this day took place on last Sunday morning.

Our whole family had to wake up rather early that morning, waiting for Ben (together with his Aunt and cousin, if I’m not wrong) to come over with the wedding cakes and all the other gifts. Most of the time, it include things like cans of pig trotters, bottles of hard liquor, 2 pairs of dragon and phoenix candles, ang pows for the bride money (聘金) and diaper money, etc.

The wedding invites, wedding cakes and the cans of “pig trotters” will then be given out to our relatives later in the day.

In the meantime, on the bride’s side, we actually have to prepare quite a number of gifts too. These gifts will then be given back to the groom and form parts of the “exchange” (known as 回礼). My mum and sister were both kept busy the day before packing and arranging all the items on the table. 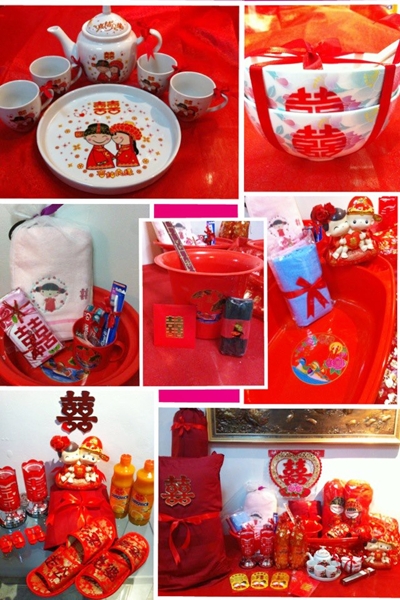 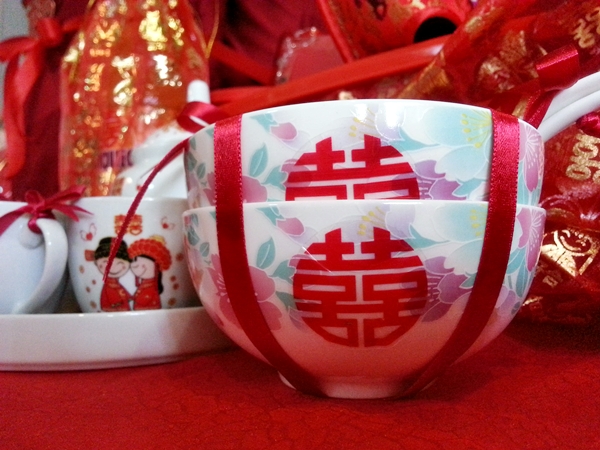 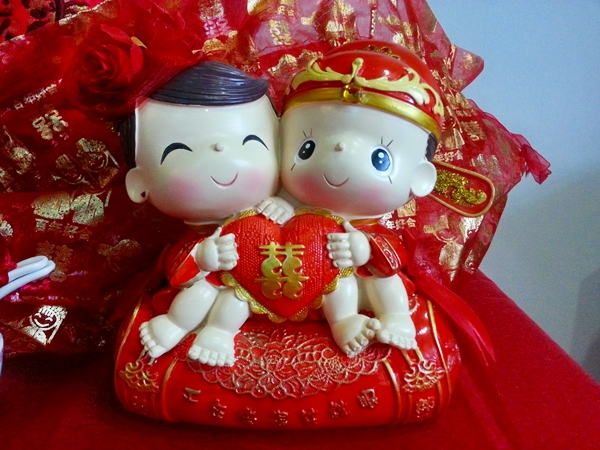 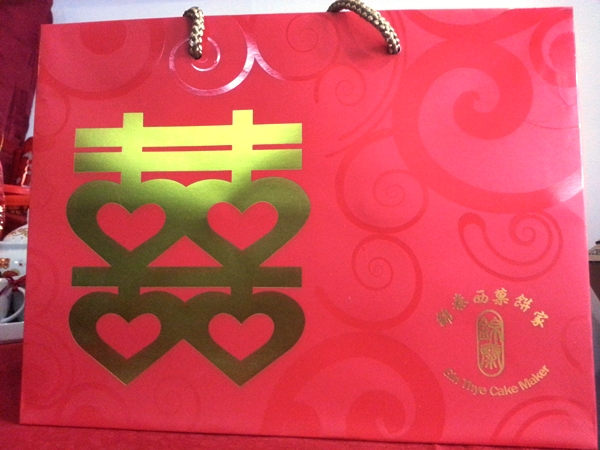 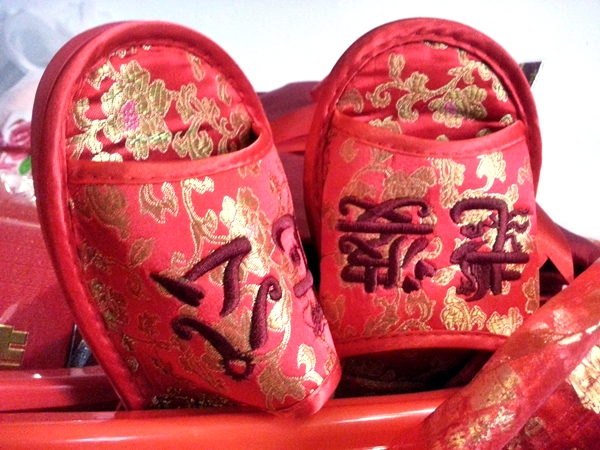 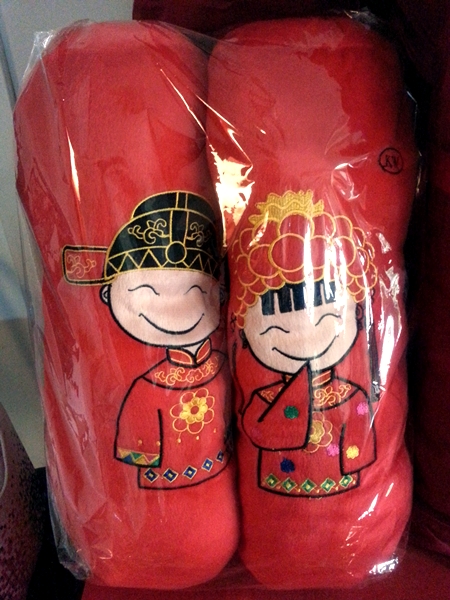 Ben and his relatives eventually reached our house at around 11:30 after they went to Serangoon to collect the wedding cakes.

Things that they brought over.. 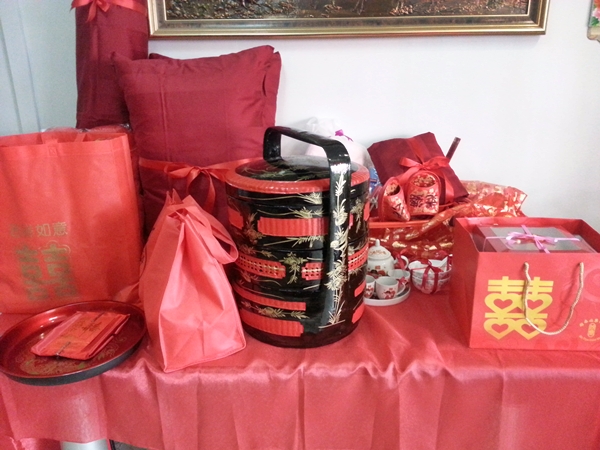 They’ve to go and rent the Betrothal Basket to hold some of the things that they brought over.

I went to check for the price online and apparently the basket would have cost nearly S$300 if you’ll to buy it! 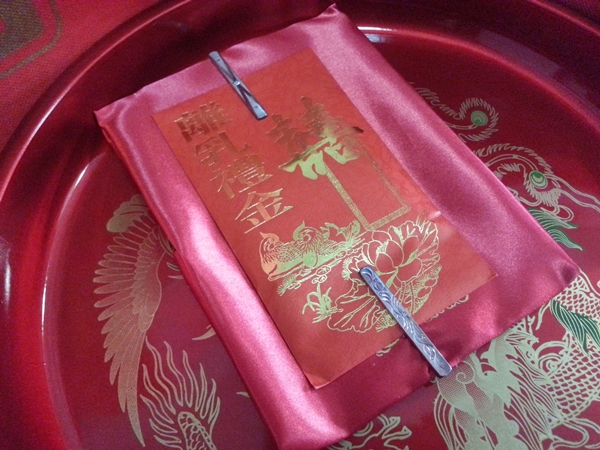 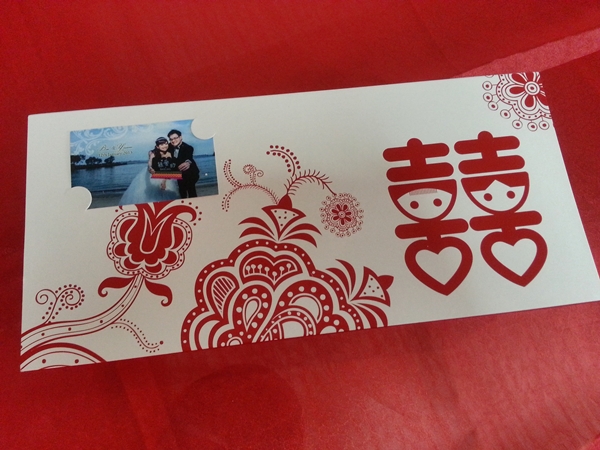 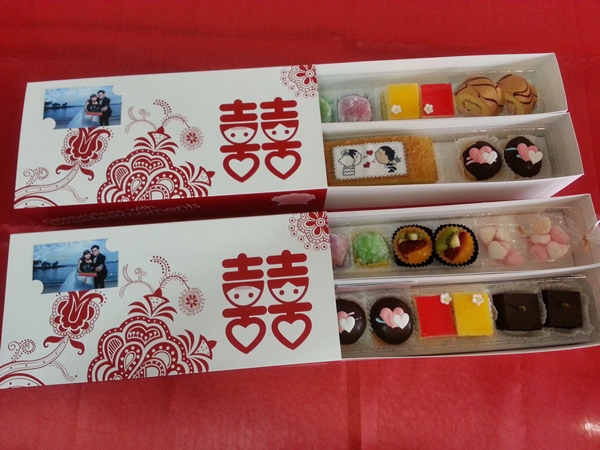 The packaging of the wedding cakes look really pretty. 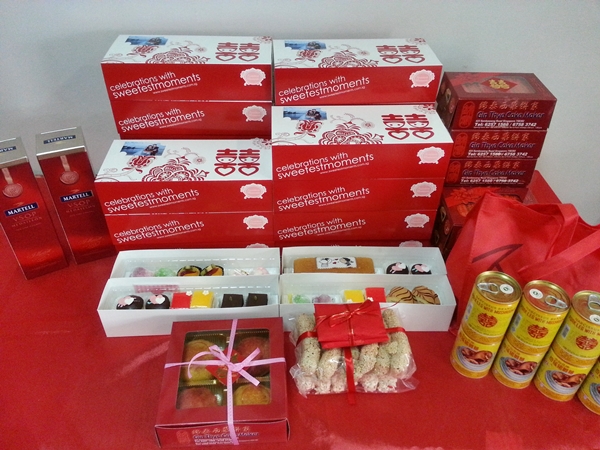 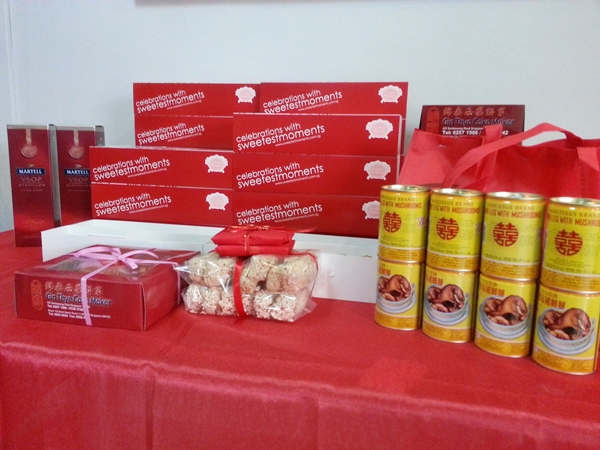 After Ben and his relatives left, my mum had to pack all the things individually into the bag. After which, they’ve to spend the rest of the day going to each and every of our relative’s house to distribute the bags and informing them that my sis is getting married in coming January. 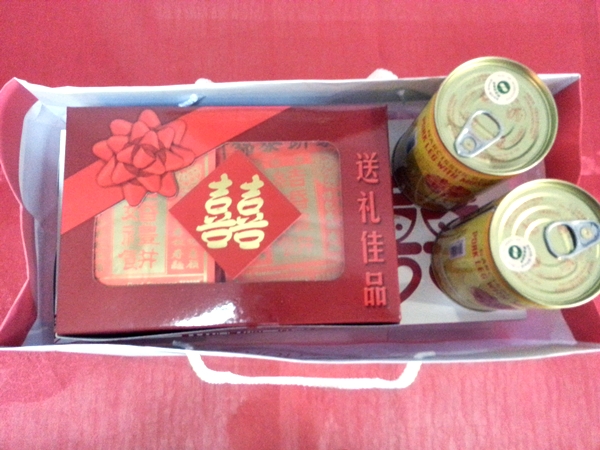 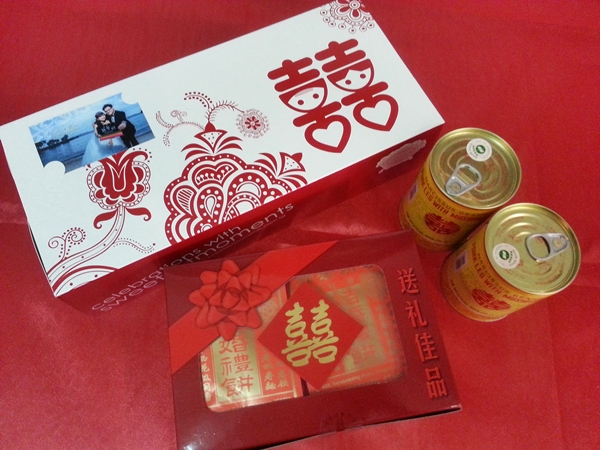 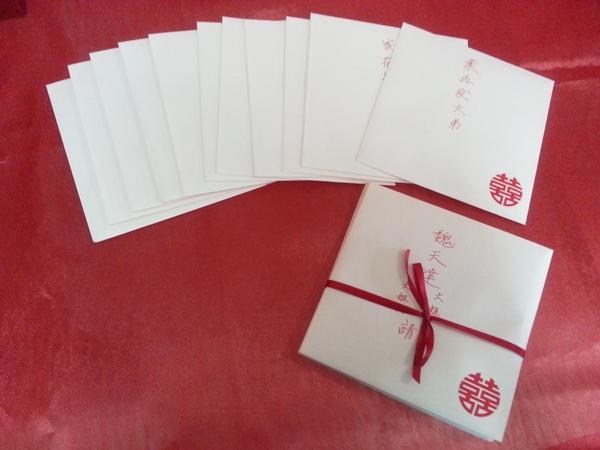 And not forgetting the wedding invites.

For convenience, those that are not our immediate relatives but are invited to the wedding (aka people like my mum’s friends), my mum had got them some gift vouchers from Bengawan Solo.

Overall, even though I didn’t really help much for this Betrothal Gift Exchange, it was rather interesting to see how this whole thing takes place, what are the things required from both families, etc. It gives me a slightly better idea of what to expect in the future for my own wedding.

After Wedding at Conrad Centennial Singapore | Breakfast Before Check-out