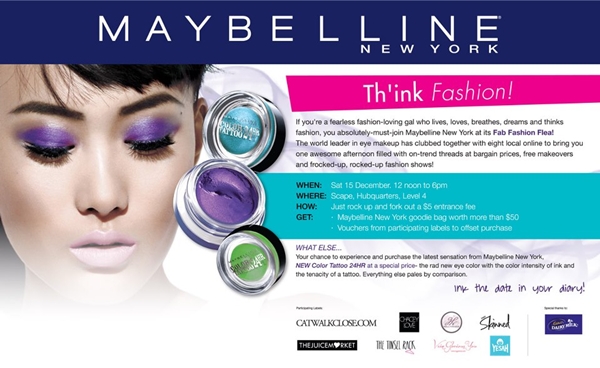 Went to the Maybelline Th’INK IT Fashion Flea with Sherlyn and Shu Rong last Saturday at Orchard Scape! (Amanda wasn’t free to join us that day, or it will be the 4 of us shopping together in town after so long!)

The event started at 12noon and lasted till 6pm with 3 fashion shows, and participating fashion labels include Hollyhoque, The Tinsel Rack, VainGloriousYou, etc.. Maybelline was also pre-launching their new Color Tattoo 24HR that day at a special price of S$13 each!

We reached town at around 1pm and as we had already pre-ordered the tickets (tickets were at S$5 each) prior to going, we each got a complimentary Maybelline goodie bag upon entering. Each goodie bag consist of 4 full size Maybelline products and shopping vouchers from the participating labels. 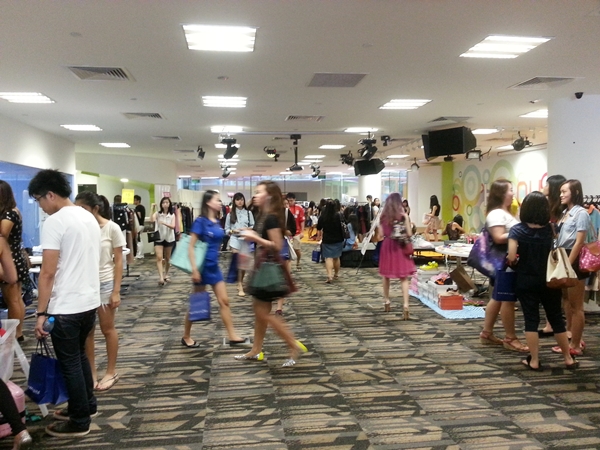 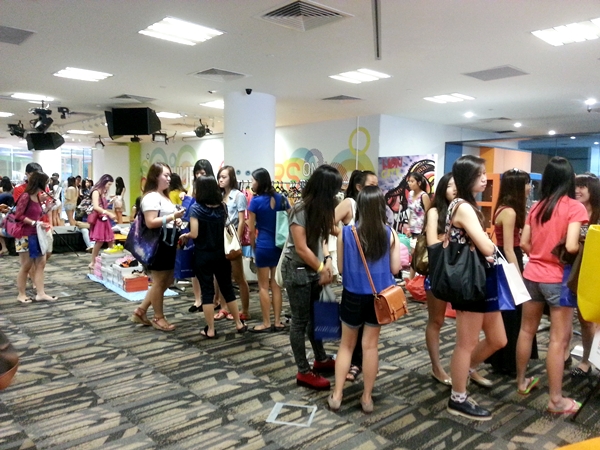 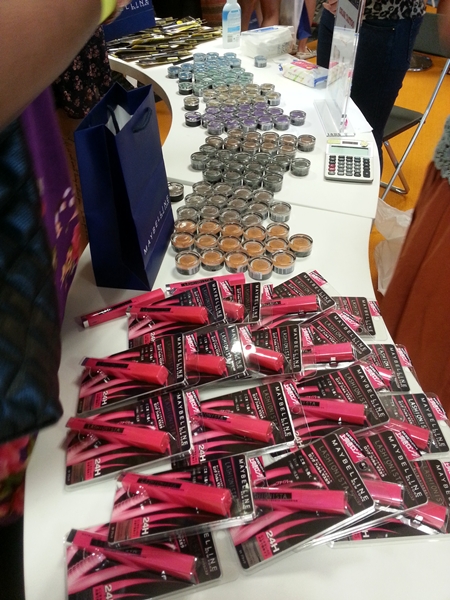 I was really pleased with myself for not spending at all at the event! 🙂

Frankly, there weren’t any pieces that really caught my eyes. Even HH didn’t have much design on their rack that day and the only discount that HH was having was S$2 off each piece purchased. And S$2 off (their boutique price) is almost the same as their online prices? So the deal doesn’t seem that attractive at all..

TTR on the other hand seem to be the busiest label that day. It was so crowded at their area at the time when we reached, so I only managed to look through their rack after the crowd had subsided a little. They had this sales box that consists of past TTR self manufactured pieces, whereby every piece was going at only S$10. Unfortunately, the sizes available were mainly too big.

As for the Maybelline Color Tattoo, I was kind of disappointed that the colour that they were launching were the same as those from US. So since I already got the two (Bad to the Bronze and Tough as Taupe) that I wanted from online previously, I managed not to get any from the event.

Leaving the event, we went to walk around the flea markets and the basement area, before walking down to ION to have our lunch. 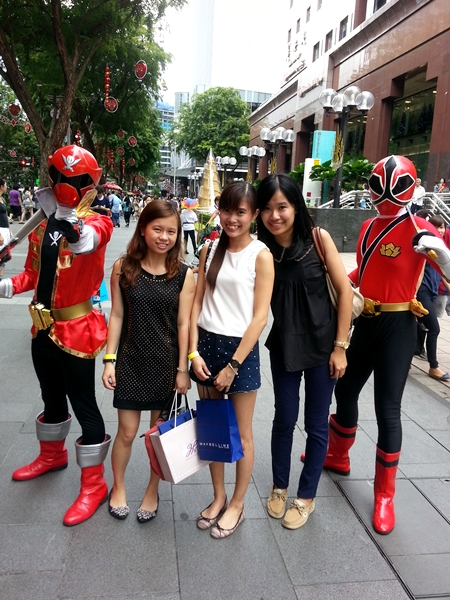 Photo taking along the way.. 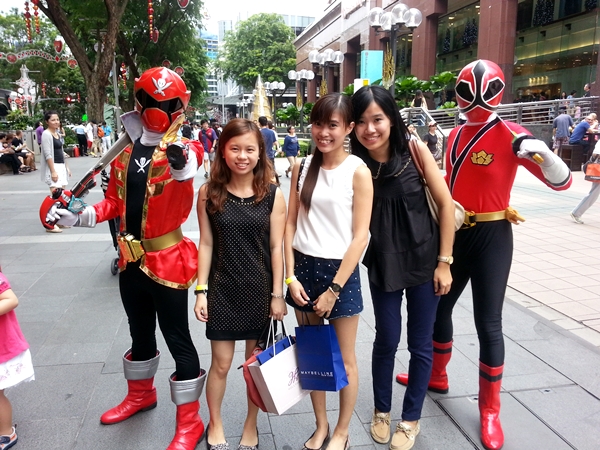 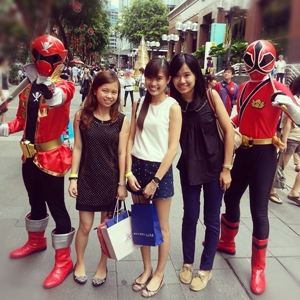 Lunch was at ION Paradise Dynasty as suggested by Shu Rong, where we each got a bowl of ramen.. 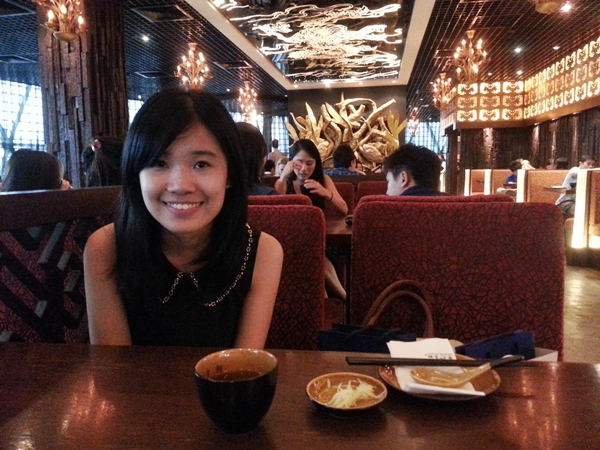 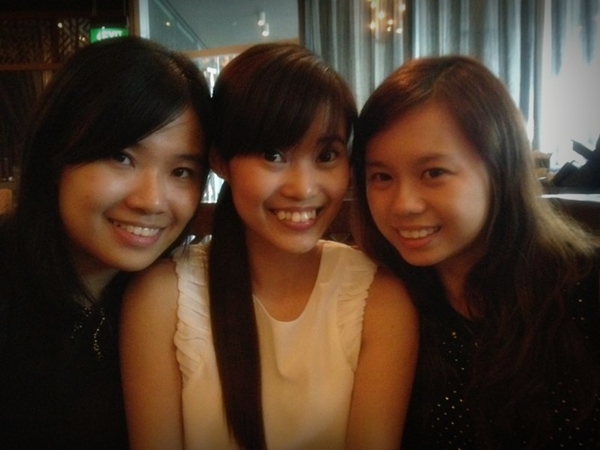 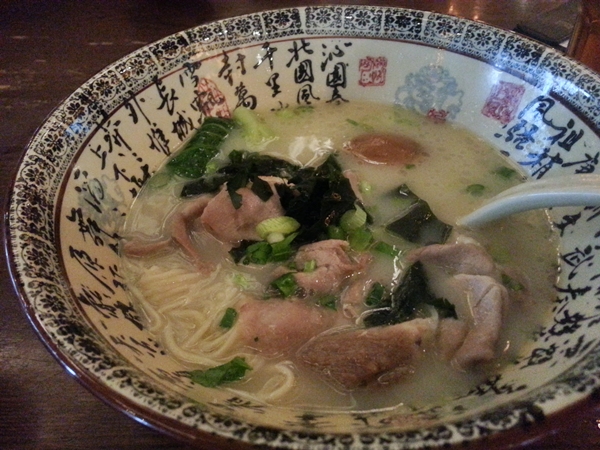 Done with our lunch and leaving town, we headed down to Bugis to look for nail salons at Bugis Village, since Sherlyn mentioned that Gelish Manicure cost only S$25 from there, which is way cheaper as compared to those nail salons at Far East Plaza.

We eventually found one at Bugis Village Level 3, and just when we finally all agreed to do our Gelish manicure / pedicure, the person told us that waiting time will be around an hour 😐 Ended up decided not to wait and went back to Bugis Juction for shopping instead!

After all the shopping, we decided to go for dinner together and Sherlyn suggested having Thai food at Ah Loy Thai at Shaw Tower.. 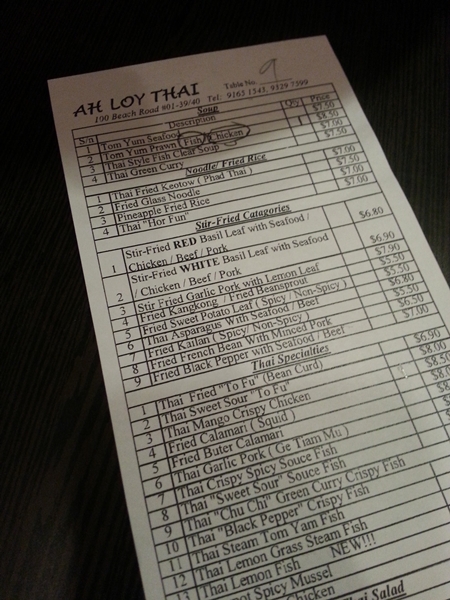 Reached there just in time to catch their last order at 7pm! 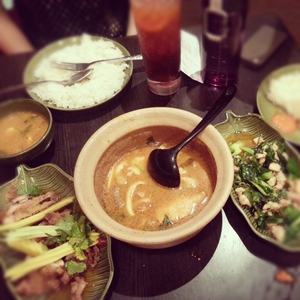 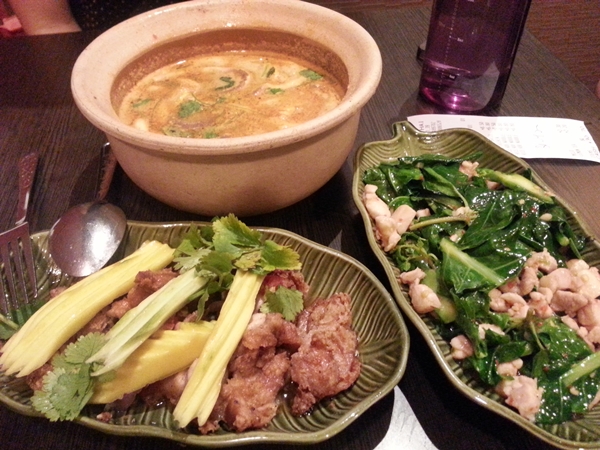 Since there wasn’t any additional service charge, it was rather affordable for the food that we ordered. Especially so for the Tom Yam (Fish) Soup, considering there were still so much left over fish after we’re done with our meal. The portion of their Tom Yam Soup is also good enough to share among 2 to 3 person..

The Mango Crispy Chicken tasted more like Lemon Chicken to me, so nothing special about that. The Stir-Fried Basil Leaf Chicken on the other hand was really good though. The chicken was very tender and not too spicy. 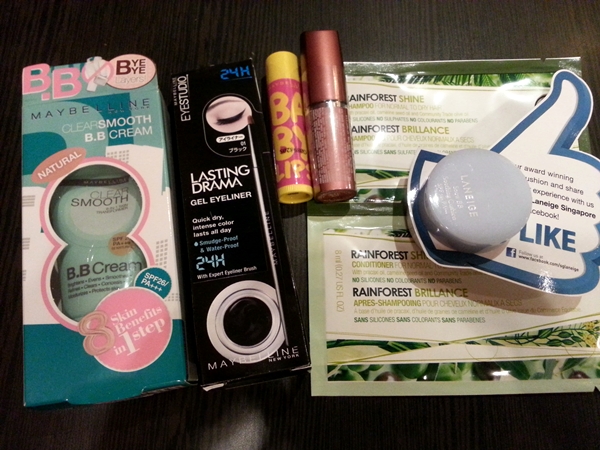 Finally, ending this post with all the goodies that I got from that day.. 4 Maybelline products found in the goodie bag, and 1 Laneige + 1 Body Shop sample that we got while walking along Orchard Road that afternoon.