Initially, our plan was to have pot-luck together. But in order to make it convenient for all; we decided to just meet for breakfast together, before heading over to Shu Mei’s place for the actual Christmas celebration.

First thing we did upon reaching was to start by playing some mini games (while we wait for Sabrina and Jasmine to reach) Haa.. I don’t even remember the names of those games we played, but it was kind of “rough” and I ended up hurting my poor toe!

Then, we decided to switch to some other “less-physical” games.. One of which was the one with the Killer, Healer and Civilian, whereby you need to guess who the Killer was? Haa.. I must agree that Pei Boon was such a good actor when pretending that he wasn’t the killer.

Then there was also this game that we played called “Blow Wind Blow”?..

But once Sabrina and Jasmine reached, it was time for our Christmas Gift Exchange! 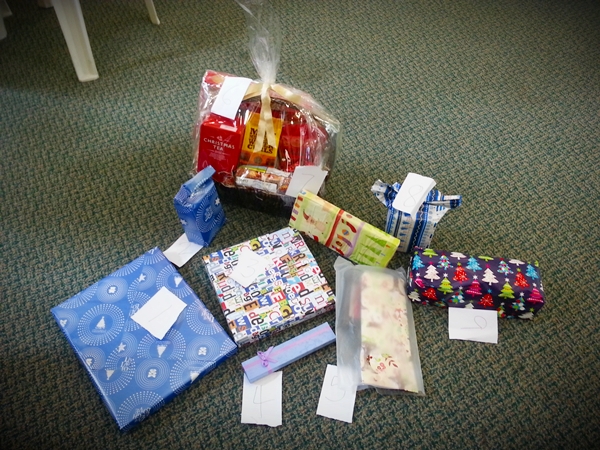 All the 9 presents lying on the floor waiting to be exchanged! 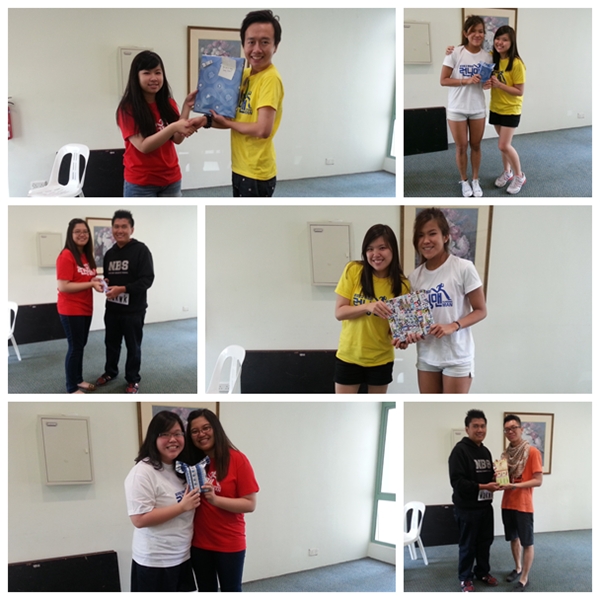 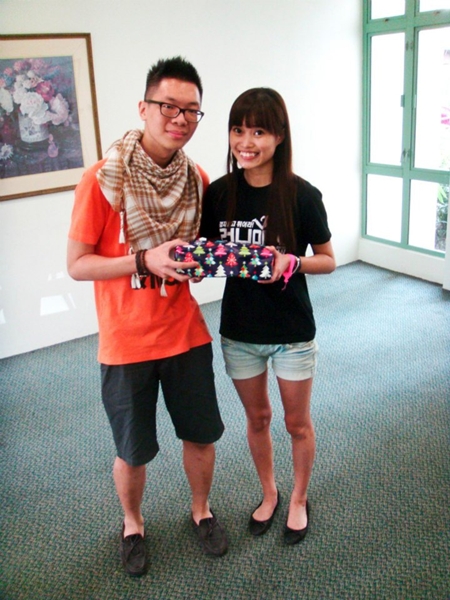 My Christmas present goes to Royce.. 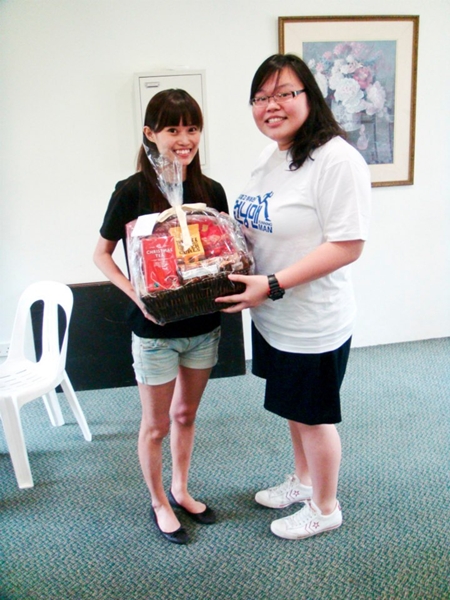 And Jasmine’s present to me! 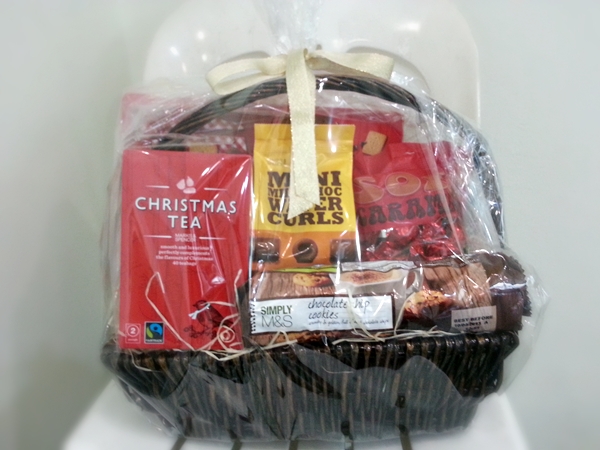 It’s a very nice hamper from Marks & Spencer..
And we all see this as the biggest prize among all the nine prizes 😛 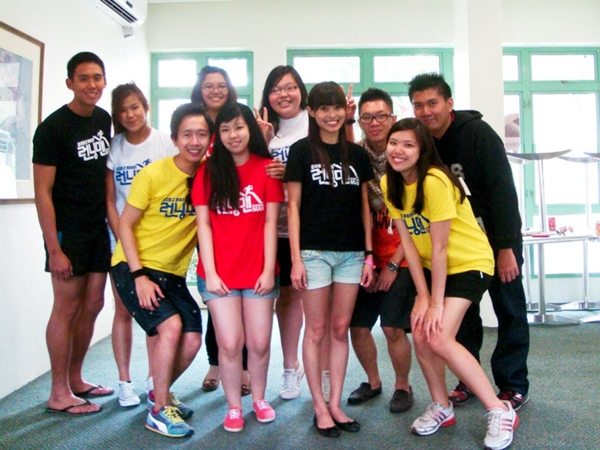 Group shot of all the ten of us who turns up!

Then finally, since all of us were already there, it was time for the actual game.. “RUNNING MAN”!

Ha ha ha.. We even all agreed to each order a Running Man shirt off from Gmarket prior to coming, just for this game! 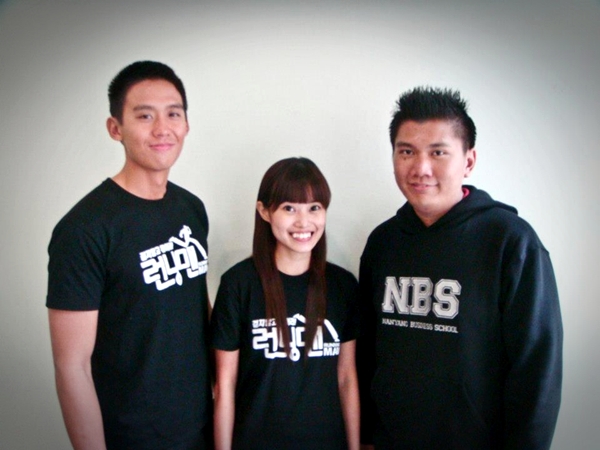 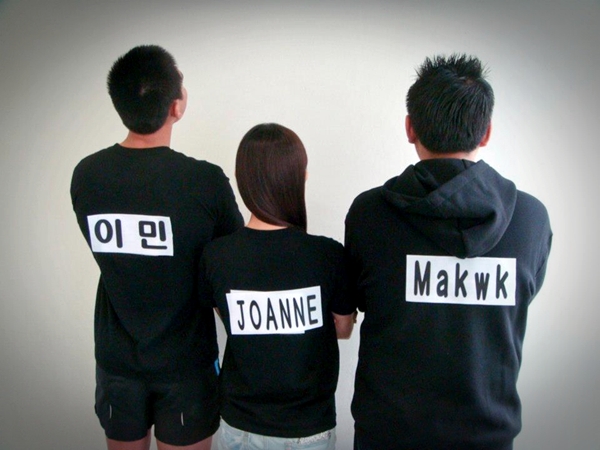 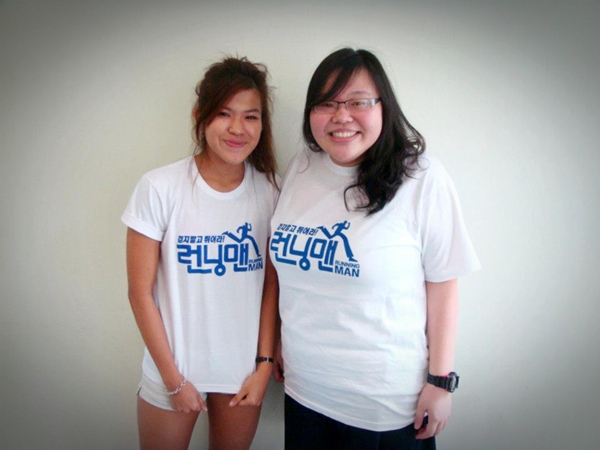 Jess and Jasmine in white.. 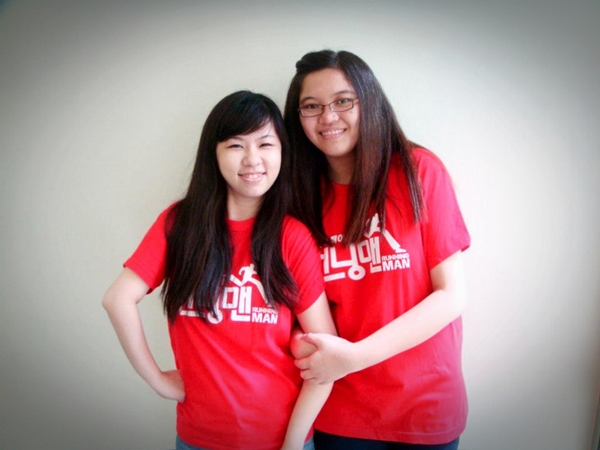 Joey and Sabrina in red.. 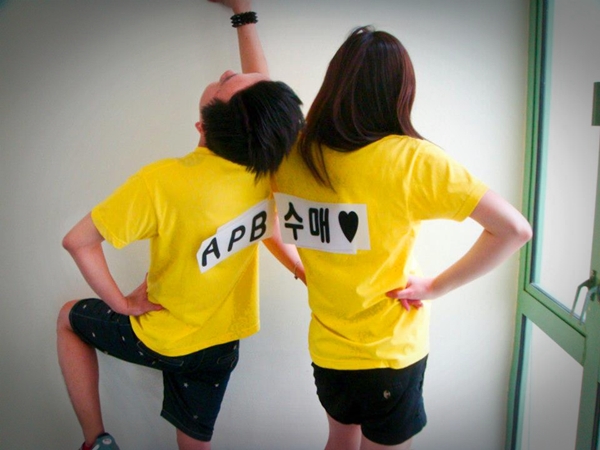 And Pei Boon and Shu Mei in yellow! 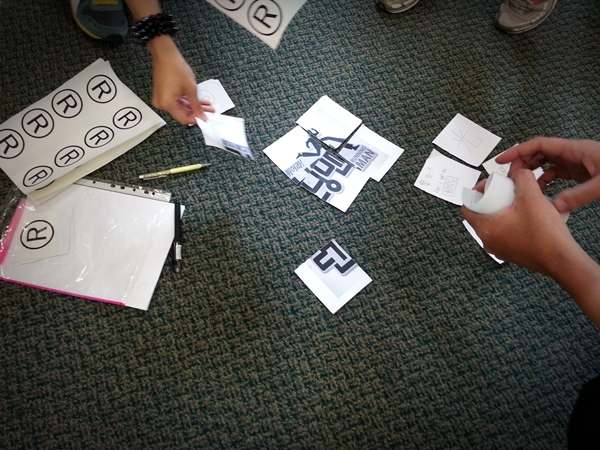 The rules were being explained.. 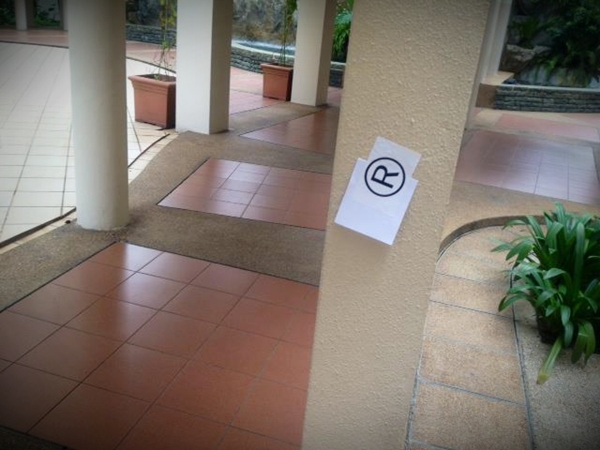 And we’ve all these paper sticking around the entire Level 1 of the condo..

We’ve a total of 9 people playing this game..

Basically how this game was being played was that Weng Kin (aka our Boss) had to go around the entire Level 1 of the condo sticking all the paper at random places for us to dig out.

The 8 of us were being divided into 2 catchers and 6 runners.

What the runners had to do were to run around the places looking for 6 of the cards (paper) that has the running man logo, while avoid being caught by the 2 catchers (which were Yee Ming and Jasmine). And once we managed to find all the 6 cards, we had to present it in front of our Boss in order to be considered as winning the game.

However, the tricky part was that apart from these 6 cards, there were also multiple “task” cards lying around. Task include doing things like “singing a song in front of our Boss” or “doing up and down 10 times”, etc.. It was all up to our own integrity to either perform the task, or pretending not to find it. Haa. And it was considered as tricky since most parts of the condo are in open spaces, hence we might risk being caught by the catchers while performing the tasks. 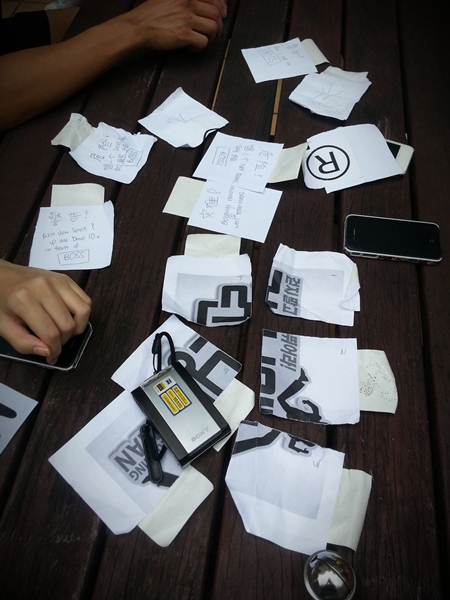 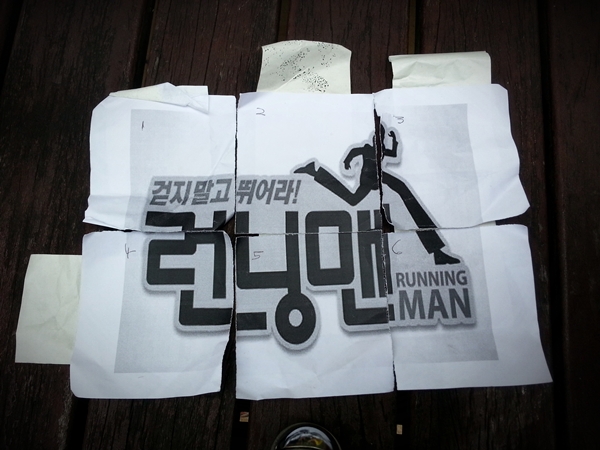 Anyway, to cut the whole story short, we managed to win in the end.

The whole game was so exciting yet scary at the same time. I can’t even remember when was the last time I sweat so much by running round.

Weng Kin and I left shortly after the game, while the rest continued their day by going Play Nation, dinner and eventually going to Zouk at night. Big thanks to Weng Kin for driving me home so that I do not have to carry the hamper while taking a bus home.

Journey of Choosing My Wedding Band

Things I Bought From Taobao for My Wedding