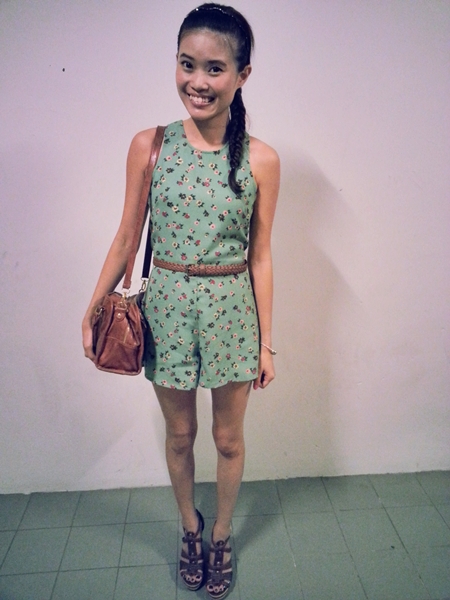 The only picture I took on CNY Day 1!
OOTD:
Wild Young Thing Romper in Jade Green from The Tinsel Rack
Wedges from Charles & Keith
Bag from Pull & Bear

Got this romper from TTR ages ago but I’ve never once worn it. I actually didn’t like the cutting and colour of it when I first gotten it and put it on. But I heard the auspicious colour to wear for this year CNY were green and red, and it occurred to me that I still had this. I actually didn’t managed to shop for any new clothes for this CNY because I thought I had too many new clothes in my wardrobe that I’ve yet worn out. Hence, I’m determining to put them all to good use.

Anyway, the only place I went on Day 1 was to bf’s place and it’s horrible that I only went out at around 6pm that evening. But that was mainly because my sis and Ben came over for visiting and I wanted to spend more time at home.

Then later that night, bf also came over to my place for visiting and ended up staying till around 11pm. I could have let him stayed longer but I was really too tired. Lack of sleep due to going to Chinatown the night before, and waking up early to join the family for reunion breakfast / lunch.

Started my Day 2 pretty much the same time.. Which was erm, 12pm?

Please don’t judge, for my family tend to go out later as compared to most families during CNY. When my grandparents were still around, we would usually went down for visiting on CNY Day 1 and they would always nagged at us (particularly my mom) for going out late. Most families would have already gone to at least two to three houses, when our family only left our house at 3pm.

Anyway, despite starting my day later than most people, I still managed to have a very awesome breakfast / lunch that morning. My mom prepared steamboat for us! It was funny when my mom brought out six plate of rice, probably still having the mindset that my elder sister was still staying with us. *bitter-sweet moment 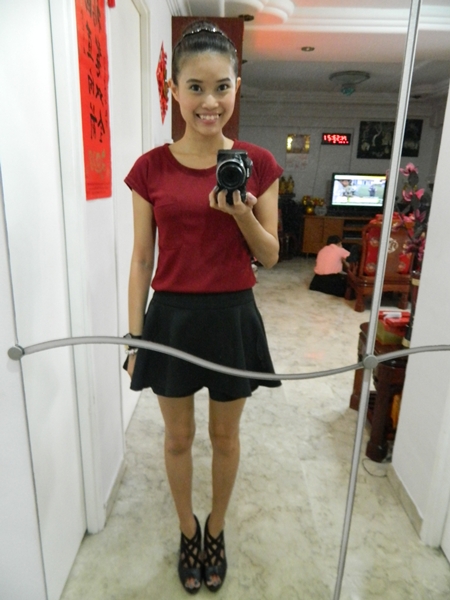 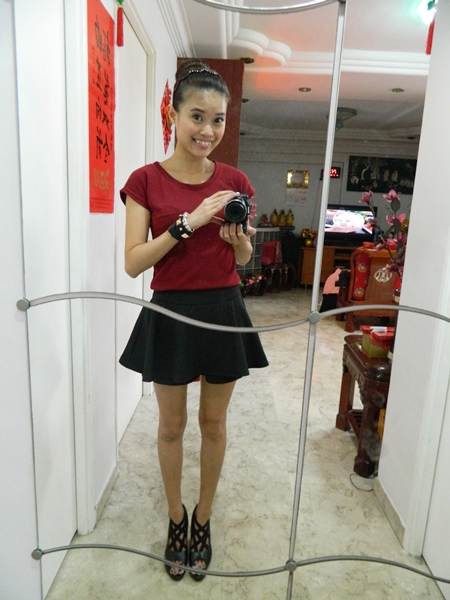 How I love wearing high heels during CNY! Going out with the family means that I won’t have to worry about how high I wear on my feet. But I kind of regretted when I realised I’m going to IKEA later at night.

And you will probably see that my hair for this year CNY was either in a top bun or in braid.
Too lazy to spend time blow drying my hair nicely into defined curls.

The first stop we went that day was to my second uncle’s (my dad’s second brother) house in Jurong East – the very same house that I grew up in before we moved. We stayed for around an hour or so, before heading down to my grandma’s place at Bukit Ho Swee. I’m too used to calling it my “grandma’s house” even though the only person who live there right now are my god-parents and my second uncle (my mom’s second brother). 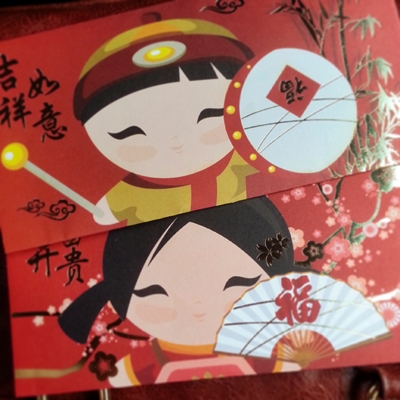 As usual, I’ll had to prepare two 红包. One for my 乾妈 and the other for my 乾爹.. Given to them when 我向他们拜年. 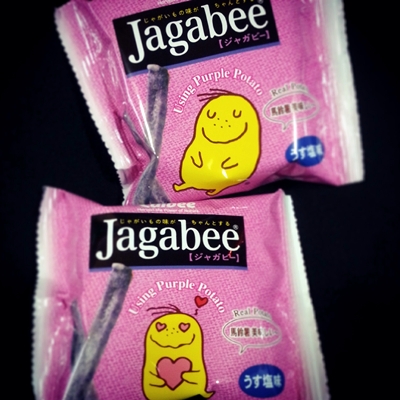 While I was there visiting, I was kept busy by munching on these purple potato jagabee snack! Probably not the usual CNY goodies that you would expect but they tasted so good! I can’t really taste the difference between these and the original version though.

And not forgetting enjoying the sumptuous lunch that my godma prepared for us. She’s an excellent cook! Just that sometime she tends to cook a little too oily and too spicy.

We stayed till around 7:30pm before my dad, Jing Yi and I decided to head down to IKEA @ Alexandra. 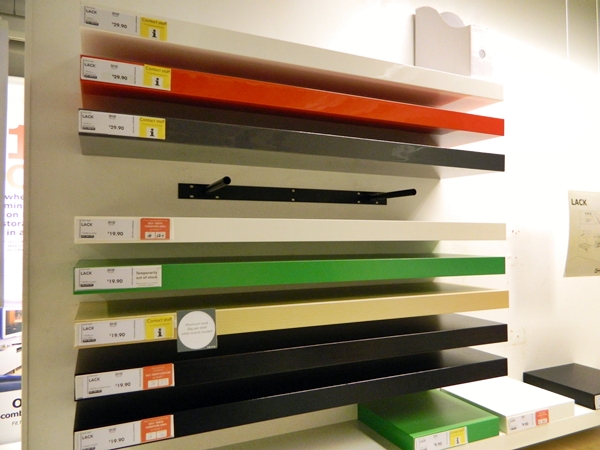 I’m thinking of buying one or two of these planks to fix on my wall. Each of them can hold up to a maximum of 5kg, so I was thinking of using these to put books and photo frames. They come in two different lengths; two different finishes, either glossy or matte, and they’re only S$19.90 each! Then I found the mirror drawers that I’m looking for! But they’re unfortunately too expensive in my opinion.

In comparison to the white four drawers that I bought previously at S$149, this is S$599 (or S$399 for IKEA’s member) for three drawers.

And I think the height for three drawers is really a little too low.. 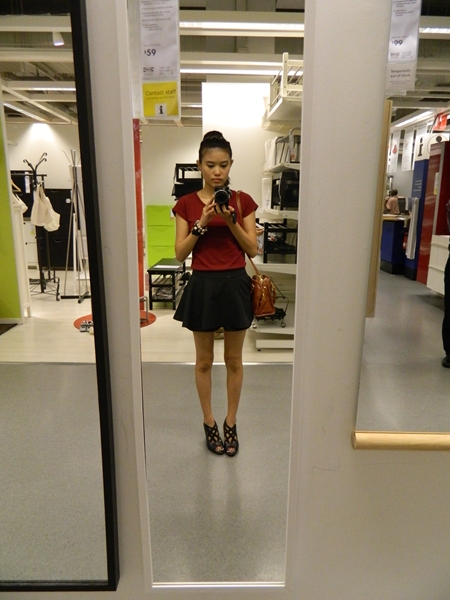 Found a white framed full length mirror at S$59. Wanted to get it, but the mirror is too long to fit into my dad’s car and I can’t justify to pay S$40 for IKEA delivery. 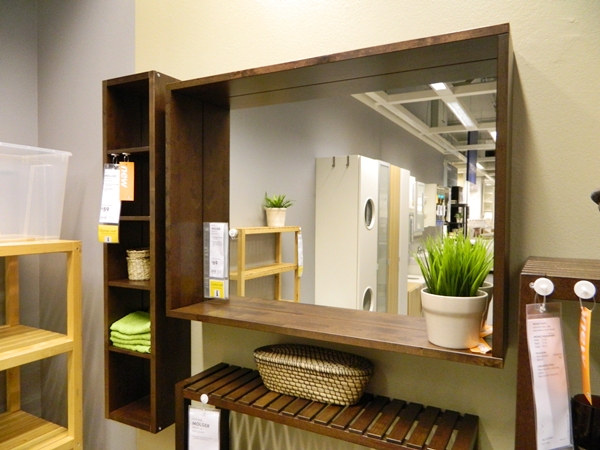 Another mirror that I like! I love that there is a space in front for you to put stuff.. Ain’t going to get this though, since I’m looking for a white mirror and this only come in brown.

Continue walking around IKEA, we came into the kid’s section.. 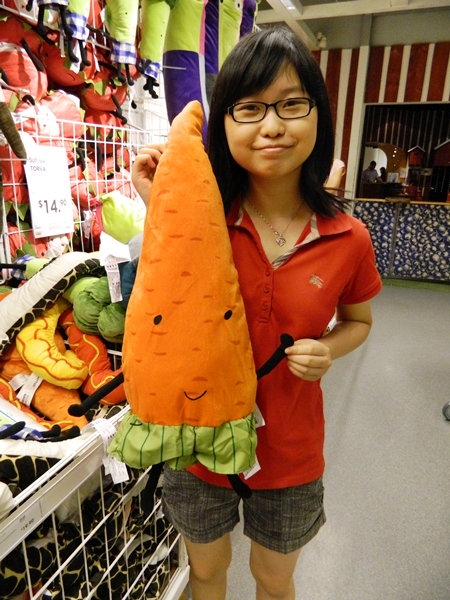 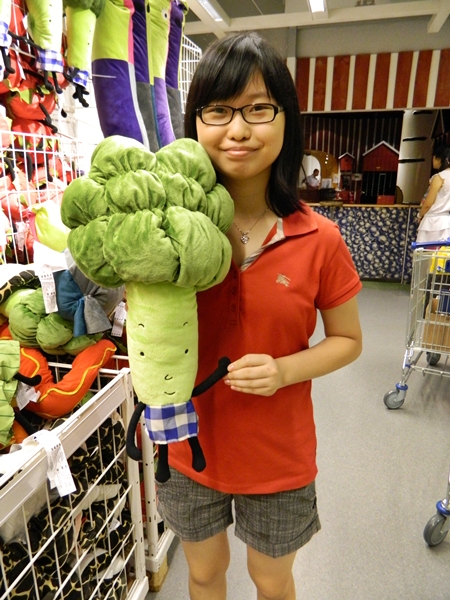 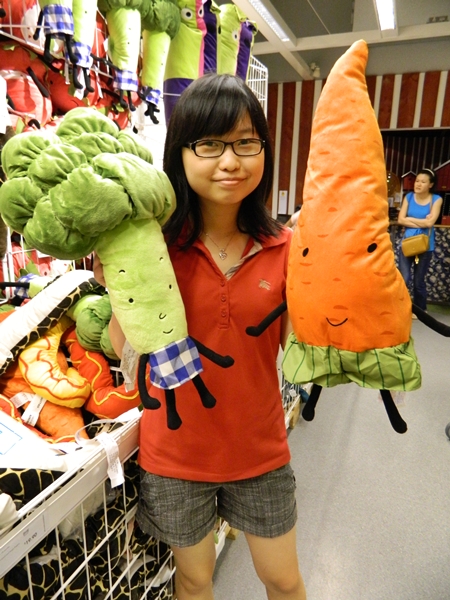 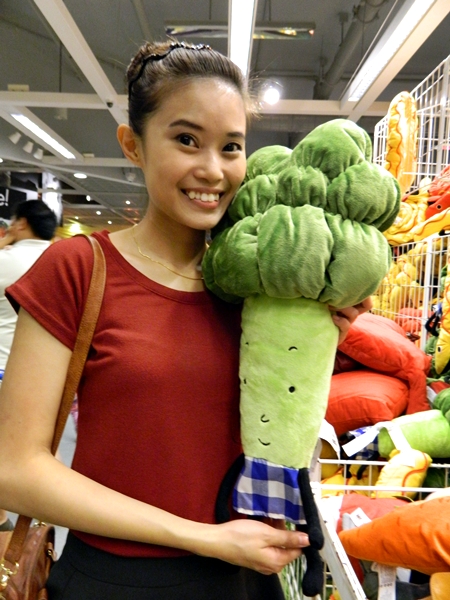 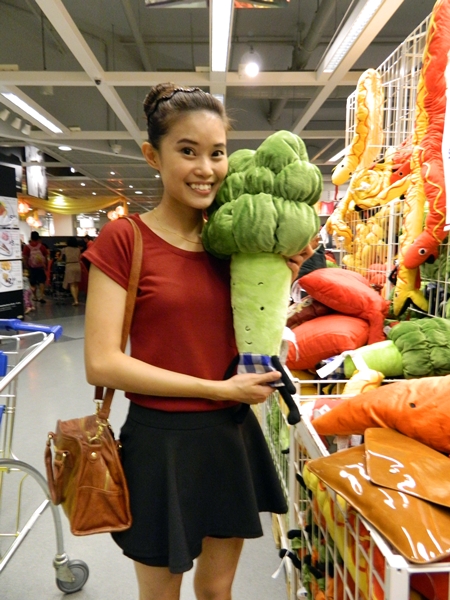 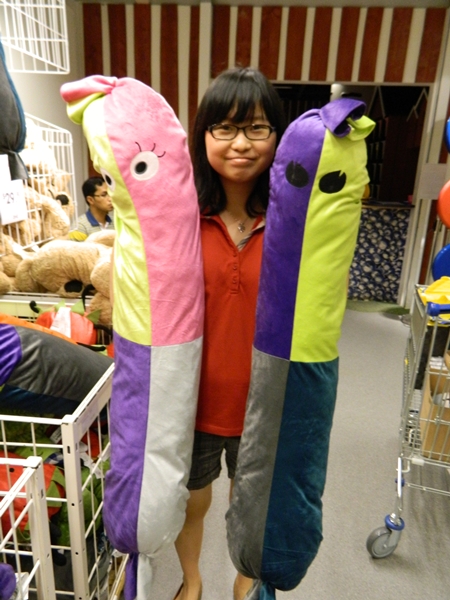 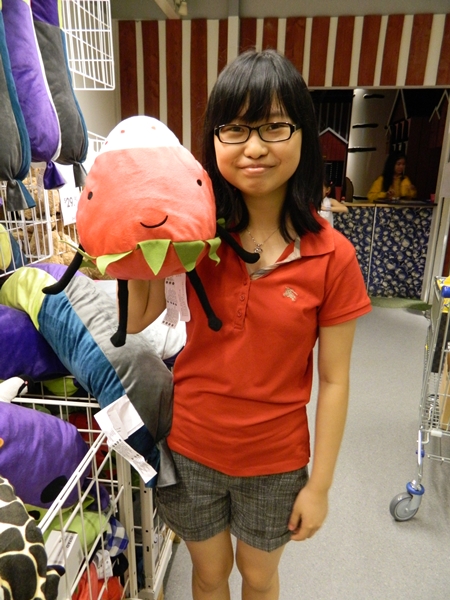 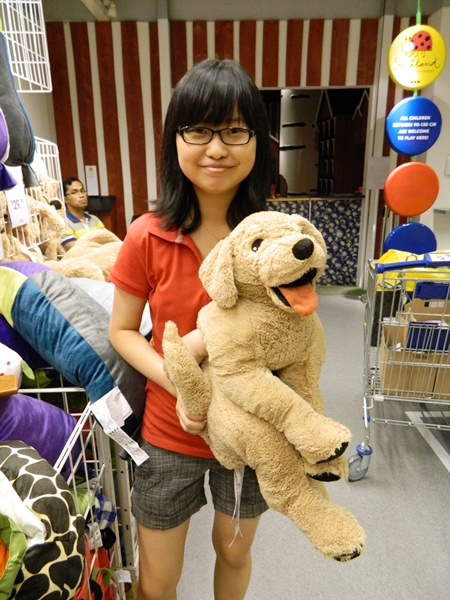 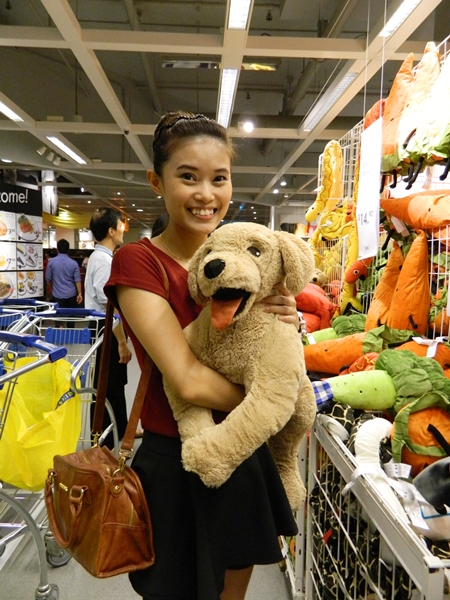 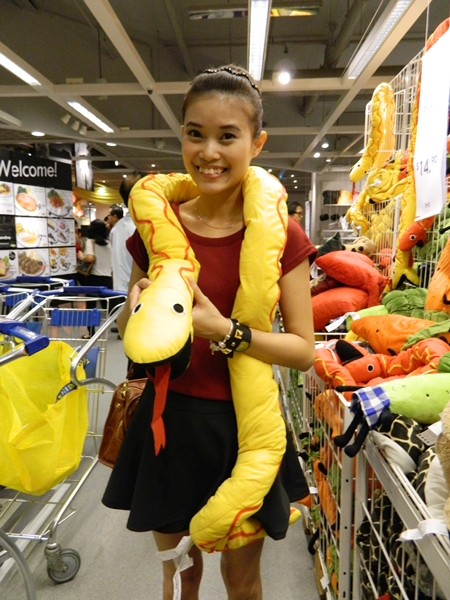 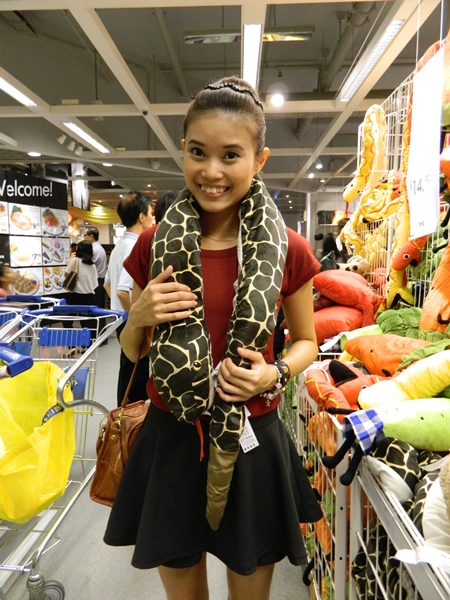 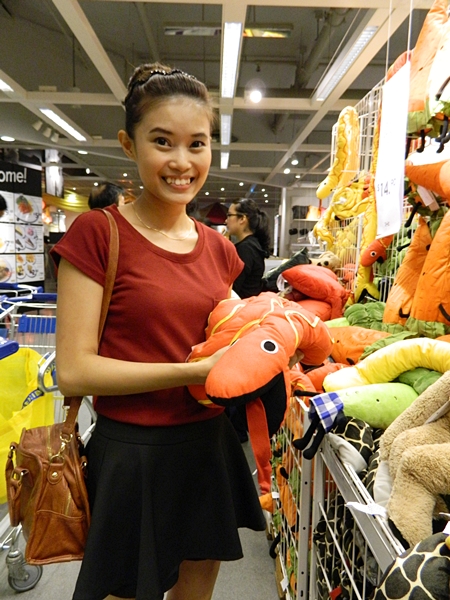 Since it’s not possible to bag home all the soft toys, we made full use of them as props and took lots of pictures. 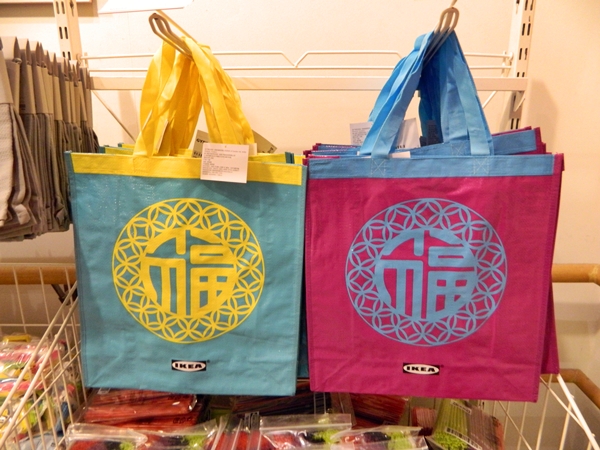 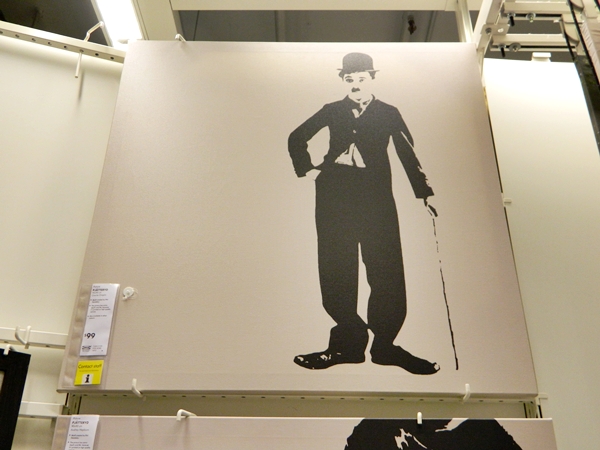 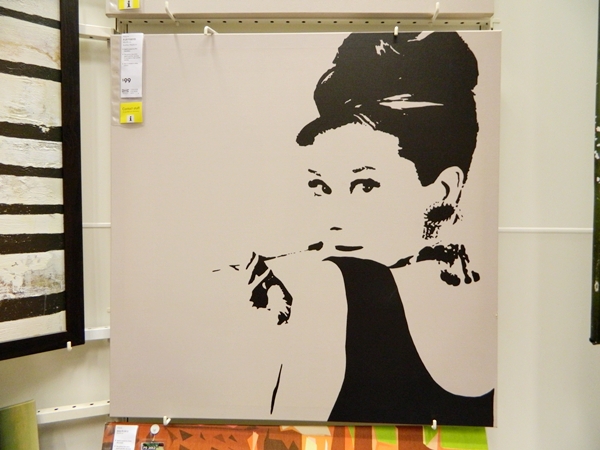 Coming down to Level 1, I found the Audrey Hepburn picture that I super like! Should I pay S$99 for it? I really like it though.. And getting this would mean I’ve to give up the square mirror in my room.

At the end of the trip, I only managed to get a photo frame and a few curtain rods. I’m so excited for my dad to fix up the curtain rods in my room so that I could get some new curtains. I’m currently eyeing for white and lace curtains!

As for the rest of the stuff, I shall consider if there would be enough room for them before buying on impulse. Plus, I should probably do so after I painted my room. Then again, I can’t even decide on the colours I want on my walls. I’m currently thinking between grey, wheat and mint.

We eventually left IKEA at around 9pm with yummy hotdog buns and head back to my grandma’s house to fetch Jing Ting and Girl Girl. Haa. I think I failed to mention that we decided to let Girl Girl ‘tag along‘ with us for visiting for this CNY.

As for my mom, she stayed to continue another round of mahjong with my uncles, thus we left home that night without her.