On the eve of Chinese New Year..

My day started with having my first round of reunion dinner over at bf’s place at 5pm that afternoon.

Similar to previous years, his family was having steamboat for their reunion dinner and it was exceptionally nice since my family decided to dine outside this year so we won’t be having steamboat at home on this CNY’s eve.

I love steamboat. Especially so since it had been raining lately and it’s always nice to have some hot food to warm the stomach in such cold weather.

We spent around two hours at his place, before rushing back to Bukit Batok to continue the second round of reunion dinner at my side.

This year was in fact the first time my family decided to dine outside on CNY’s eve. The reason behind was partly because my elder sister got married earlier this year, so my parents had the intention for both families to have our reunion dinner together. And it’s always much more convenient to dine outside – Less preparation, bigger table that can seat eleven people, etc..

So on that day, apart from the seven of us in the family, we also had bf, Ben’s parents and one of Ben’s relative joining us.

We decided to dine at the very same coffee shop that we went just one week ago on my dad’s birthday. But my mom decided to not go with their standard “reunion dinner menu”, and instead picked and chose our own dishes.

We ended up having a total of eight dishes + dessert for that night. 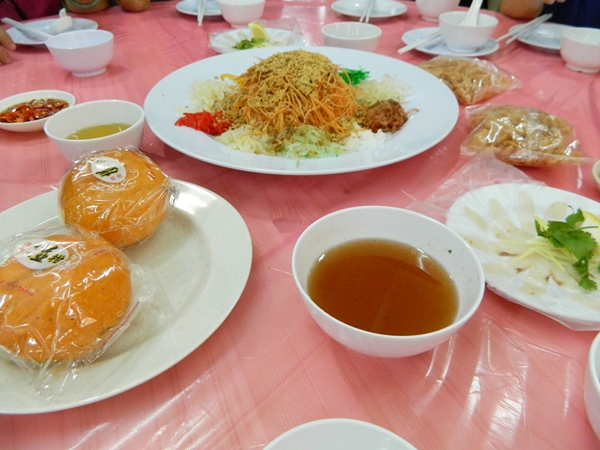 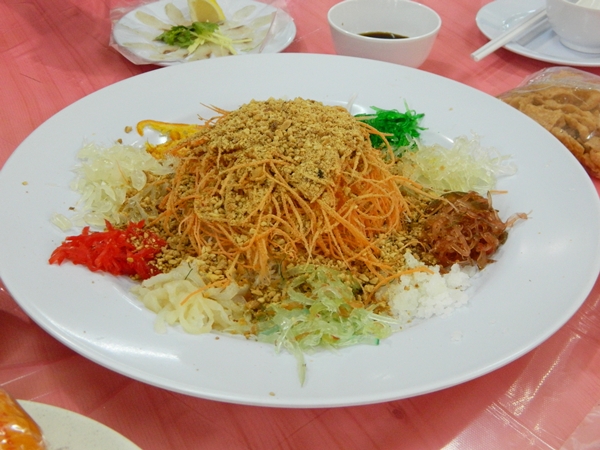 First up, we have 鱼生.. Which is a must-have according to my mom! 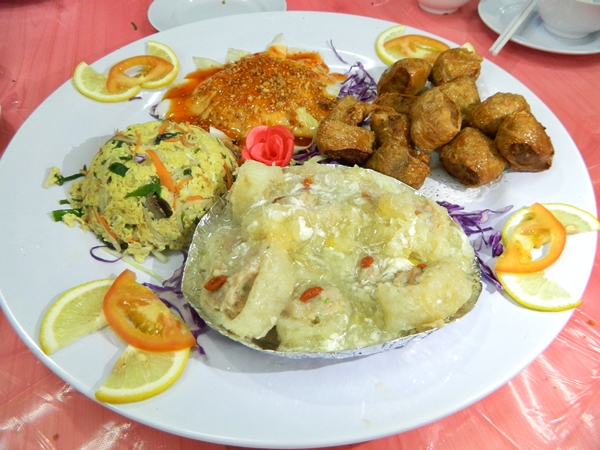 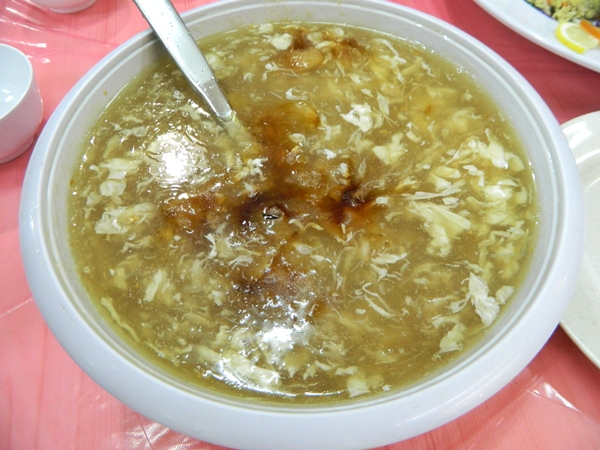 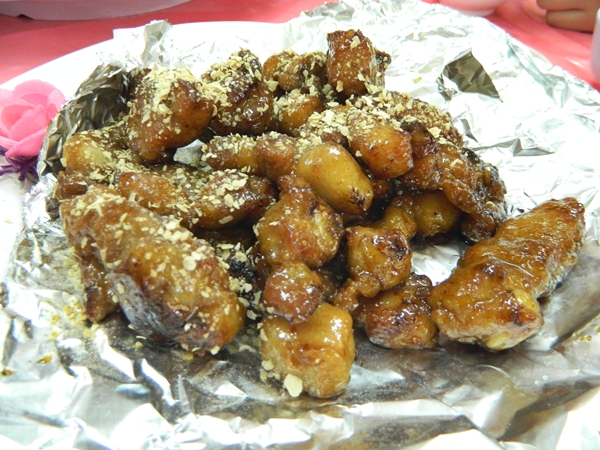 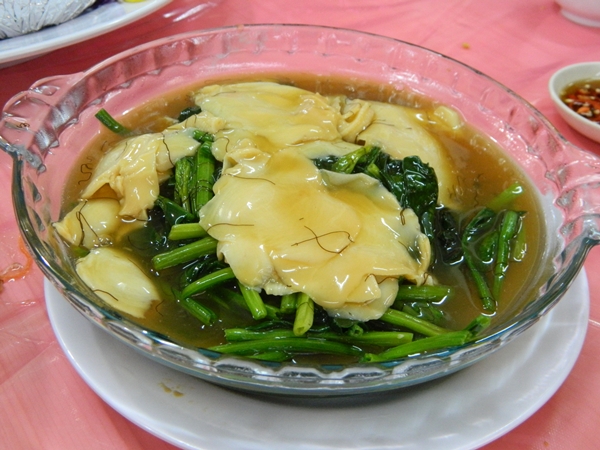 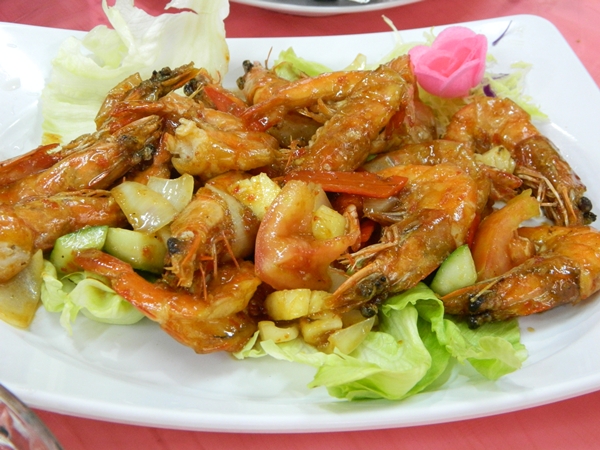 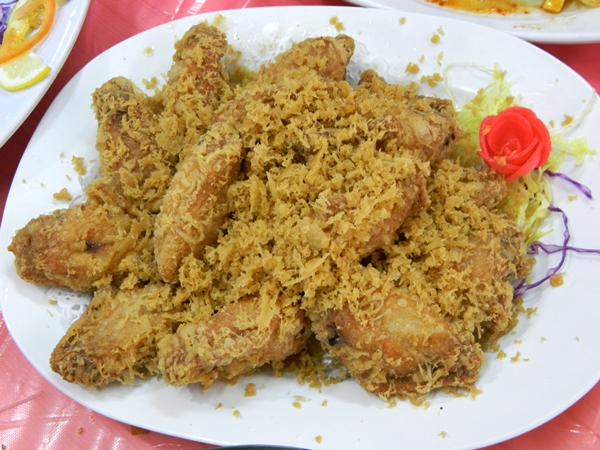 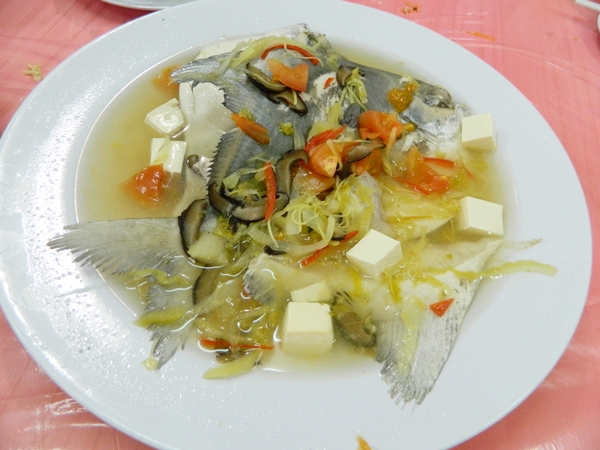 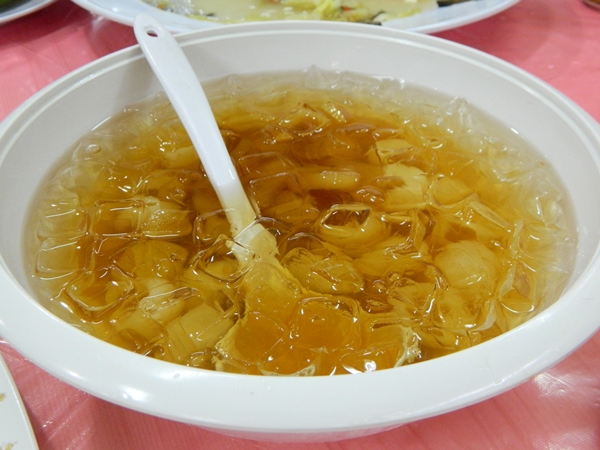 I thought it was quite a luxurious meal.

I believed we paid around S$360 – S$380 for the above dishes, which I thought was quite worth it, given that prices of food usually got jerked up quite a bit during this period of the year. I heard just for the fish itself it was already S$60.

It was around nine plus by the time we’re done with our meal. After biding goodbye to Ben, his parents and relative, the remaining seven of us headed back home and prepared ourselves to head out to Chinatown later that night.

Since young, it had been a “practice” for us to head down to Chinatown on the early morning of CNY to do some last minute shopping. I know there are people who hate squeezing with the crowd and would rather choose to stay home to watch tv or sleep. Haa. For my family, that group of people usually consists of my mom and two younger sisters. Most of the time, my dad would only be driving my elder sister, myself and occasionally the boyfriends for the trip down to Chinatown.

And that goes for this year too! 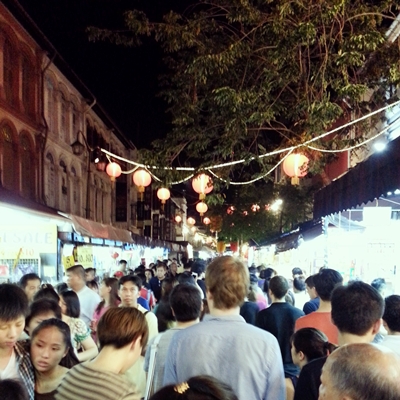 The crowd at Chinatown at midnight.. 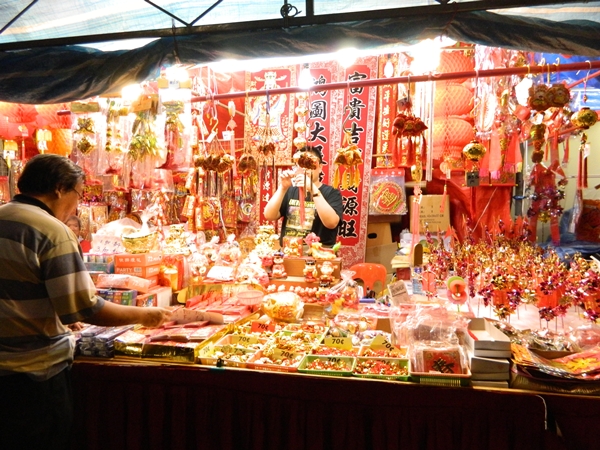 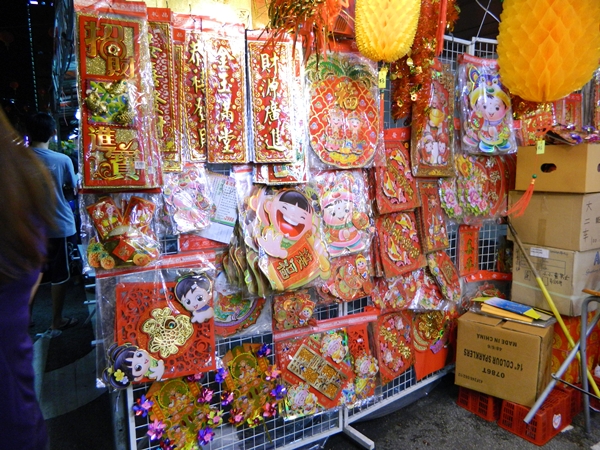 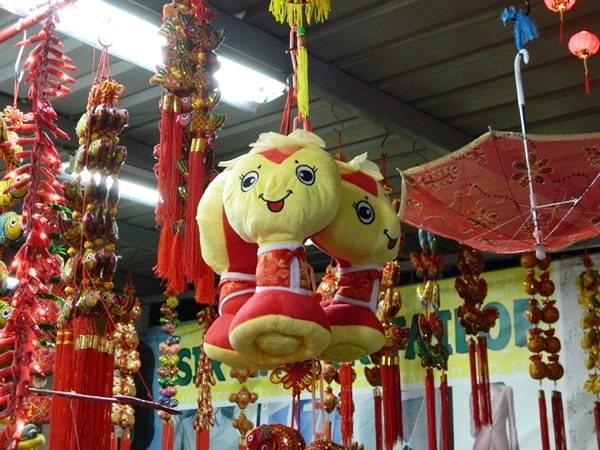 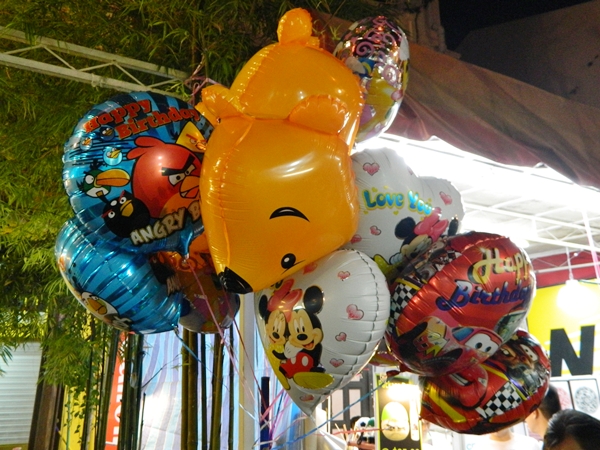 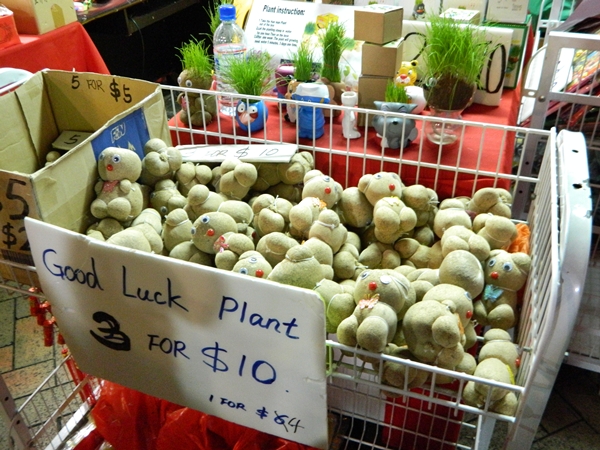 I remember my dad used to get us these when we were young. We would place the plants near to the window and occasionally trim off the leafs when they got long.. It’s like taking care of the pet that we didn’t have. 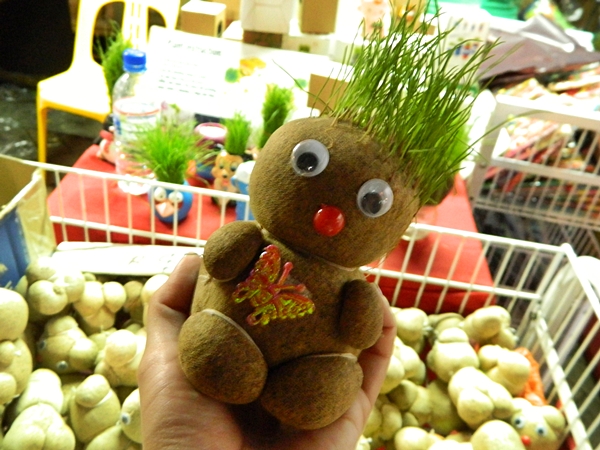 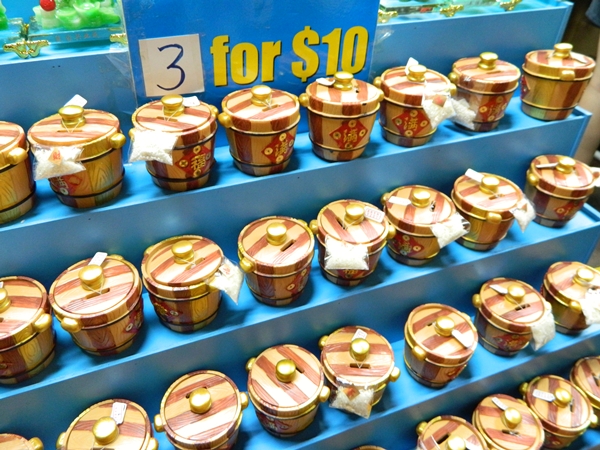 米桶 that will produce sound when you insert a coin.. 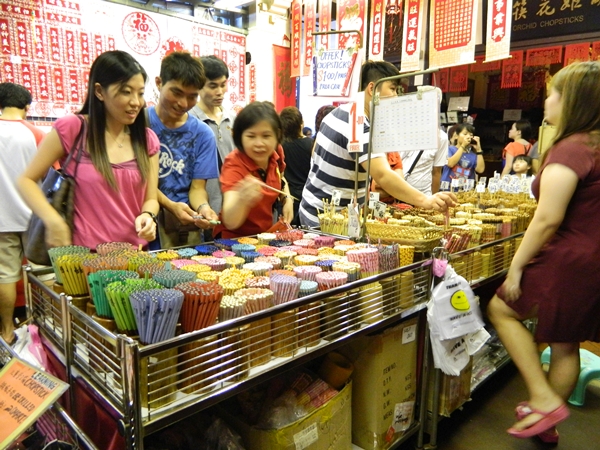 Everyone seem to love getting chopsticks..
Some of them had Chinese surnames on it, while the rest consist of various cartoon characters. 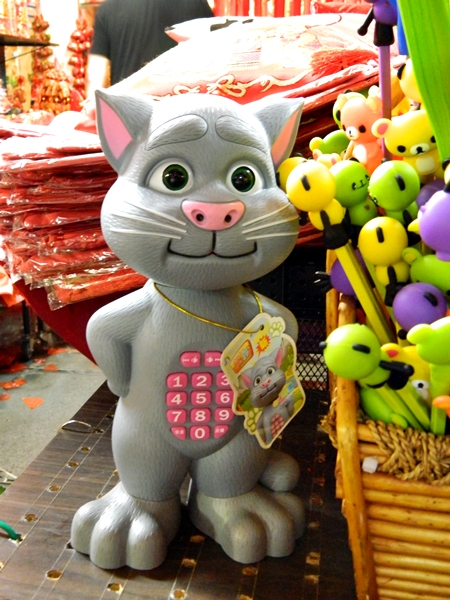 Randomly snapped a picture of this because I thought it looks like “Talking Tom Cat”? 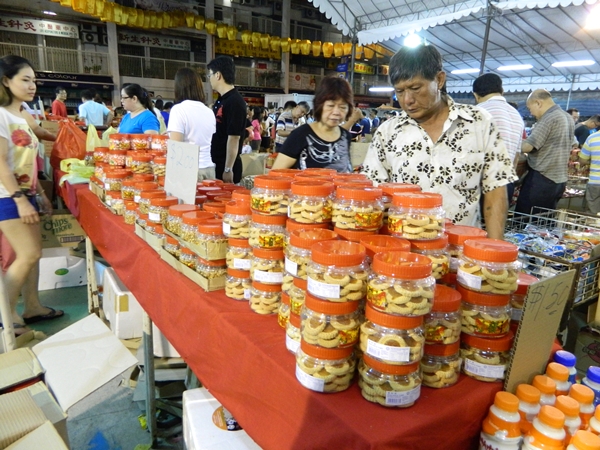 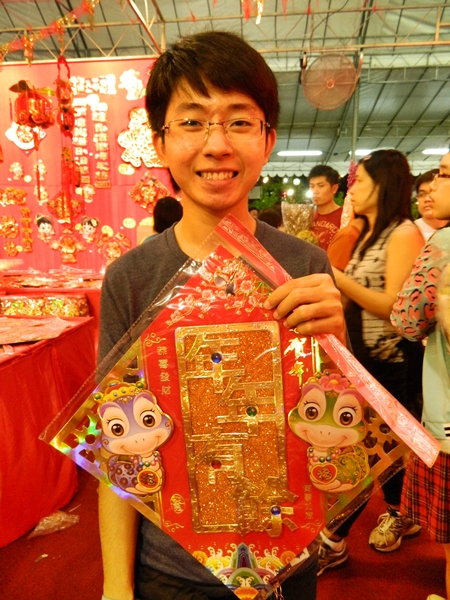 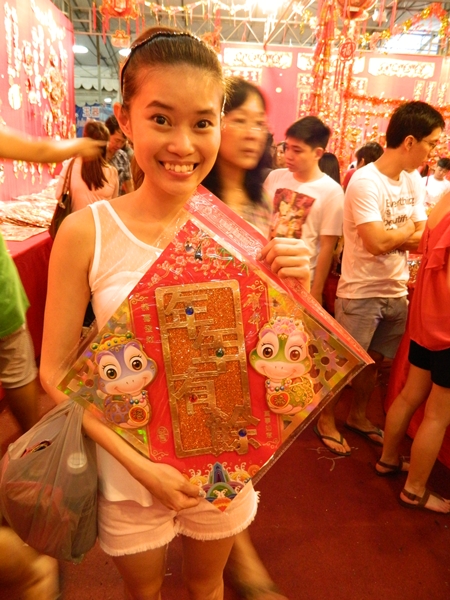 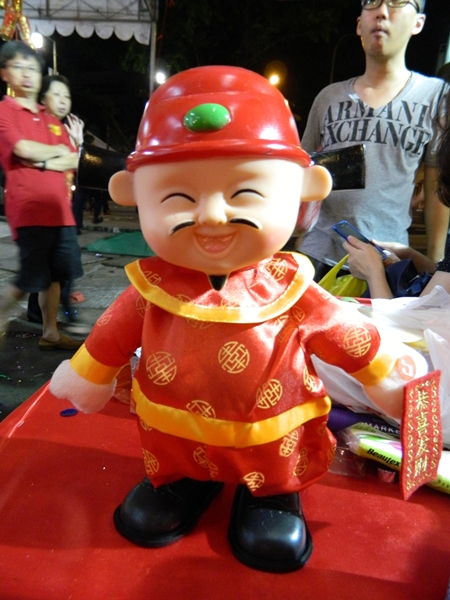 I almost want to get this for S$5. Way too cute!
It’s a battery operated coin bank.
Switch it on and the 财神爷 will start walking. 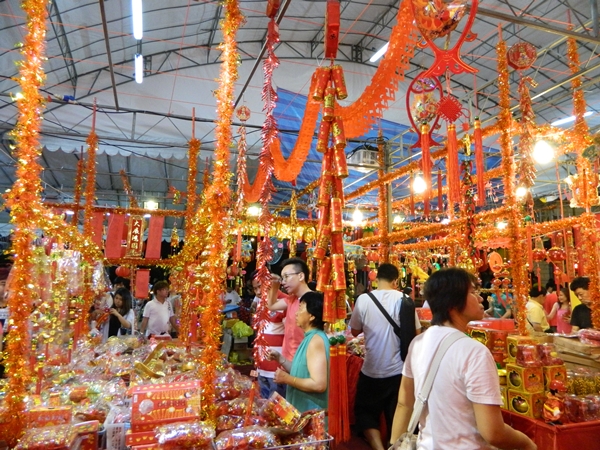 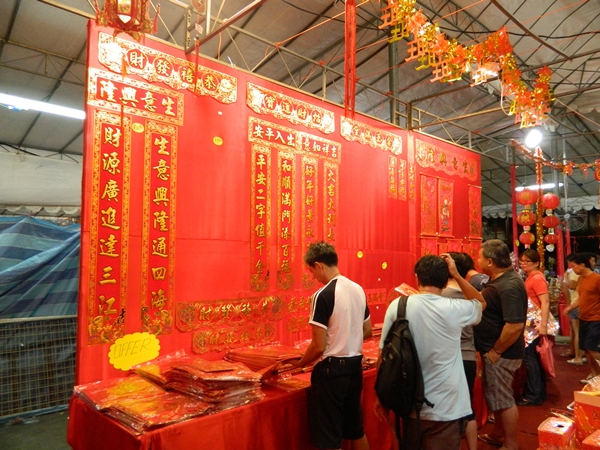 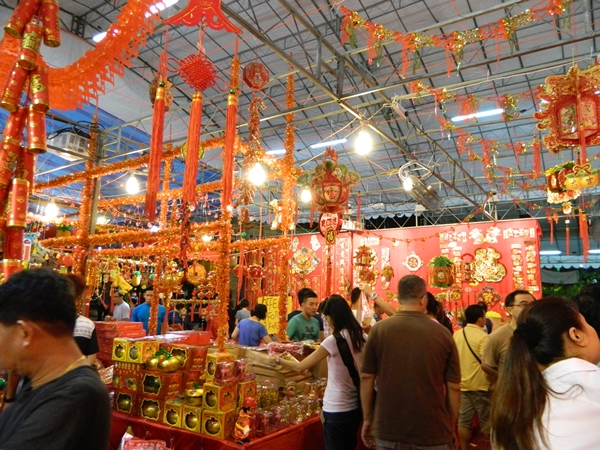 Thankfully, my dad had already bought two big bags of CNY décor earlier in the afternoon, so we didn’t get anything more from Chinatown.

I believe the only thing I bought that day was a red t-shirt. Didn’t get any CNY goodies like 麻糬, 果冻 or 瓜子 even though they’re crazily cheap! Bf got a bag of 黑瓜子 at only S$1 each.

And we also visited the Chinese temple this time round. My first time going in and it was really magnificent! 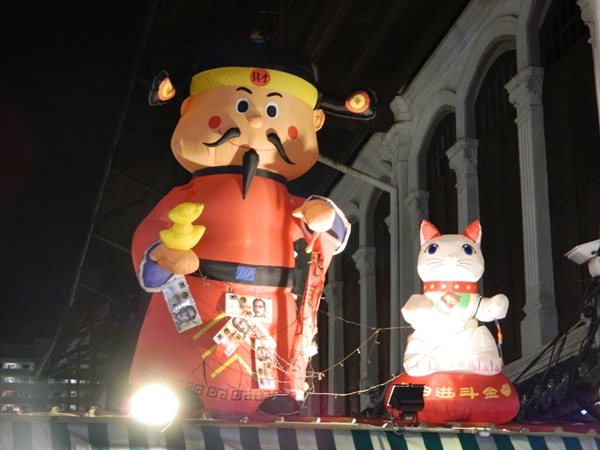 We eventually left Chinatown at around two o’clock in the morning. Sent my sis back to Yew Tee before dropping bf off.

I thought it was really sweet to see Ben taking the initiative to come down to wait for my sis when we sent her back. Let’s hope my future husband would be someone like that too.