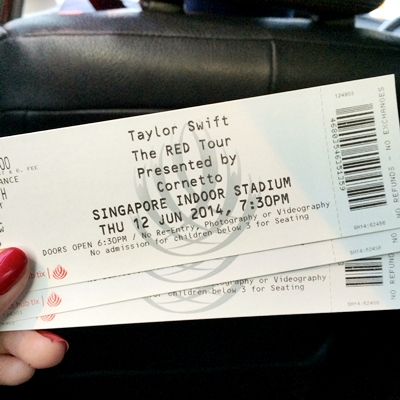 I’ve been waiting for months ever since I gotten the tickets for RED Tour. Find it so hard to believe that it been more than three years since Taylor held her first Speak Now World Tour here in Singapore. 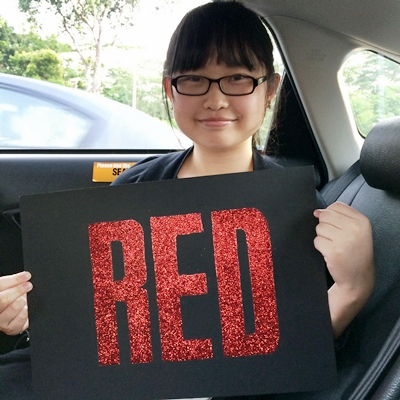 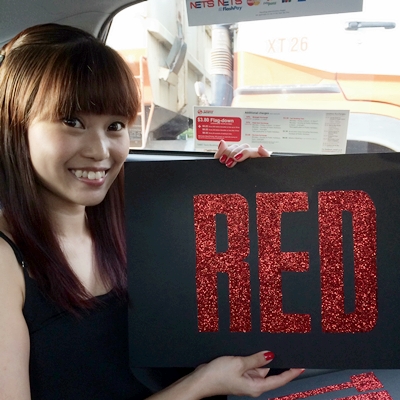 Did them on the morning of the concert and only managed to complete all three of them right before I left the house. Each signage took me almost an hour to finish and I made a total of three with the wordings “TAYLOR”, “SWIFT” and “RED”.

I read from the “pre-event notification email” that the largest size for any signage to be brought into the concert must not be bigger than A3 size; as such I went down to Art Friend and hunt down three of these pre-cut black cardboard that were in A3 size.. Then grabbed some red glitters and sprinkled them on top of the hand drawn wordings with mod podge. 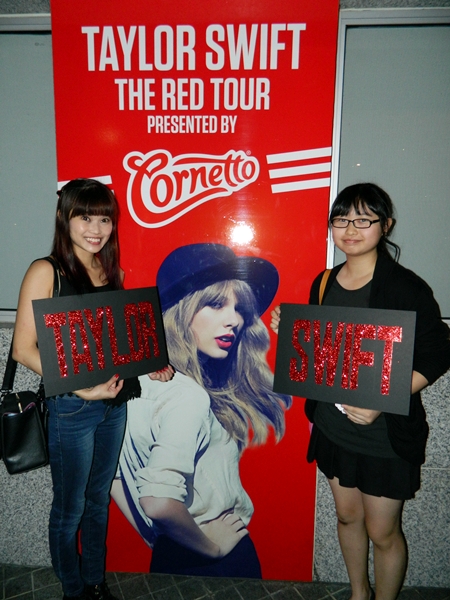 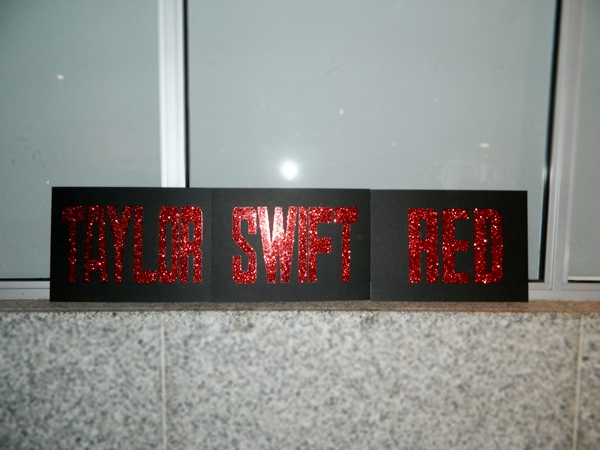 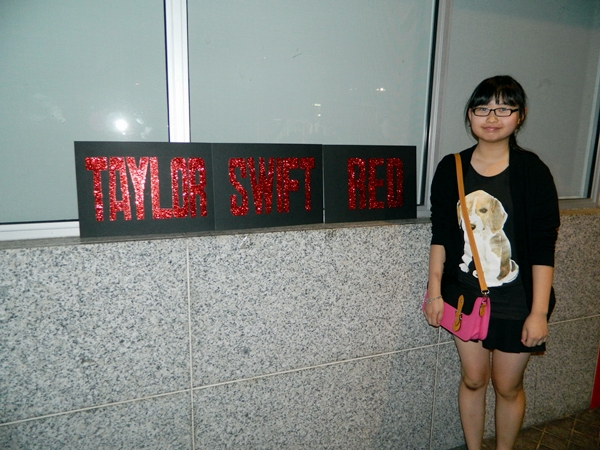 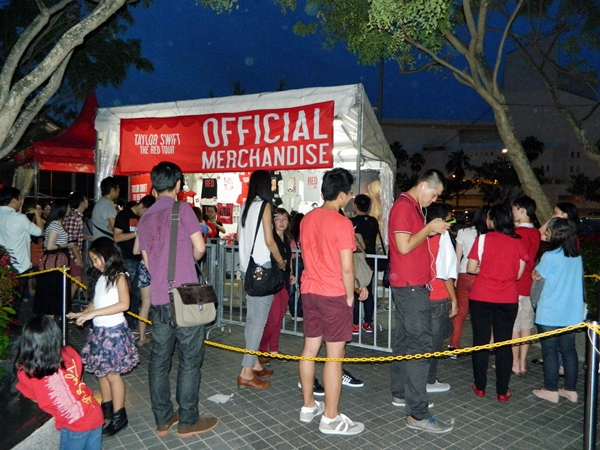 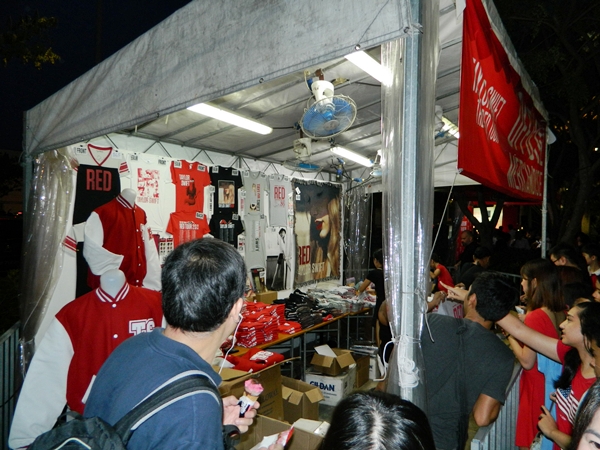 Long queues over at the merchandise booth so we decided to return later after the concert. It seems like everyone was queuing up to get t-shirs (S$50 each) to wear during the concert. 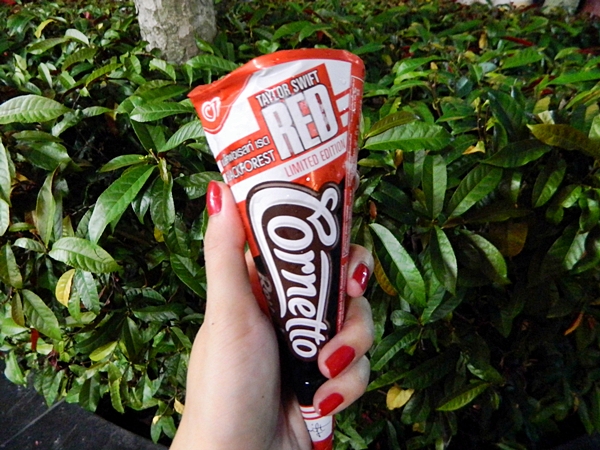 Cornetto was giving out free “limited edition Taylor Swift RED blackforest cornetto” on that day so we each grabbed one.

I actually managed to win an iPhone Sound Amplifier with one of the codes found under the lid. 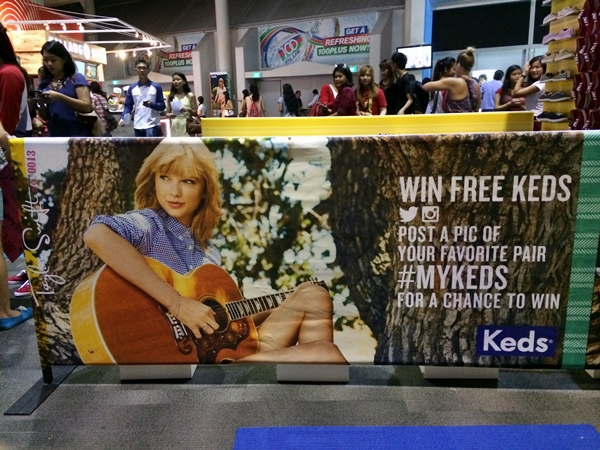 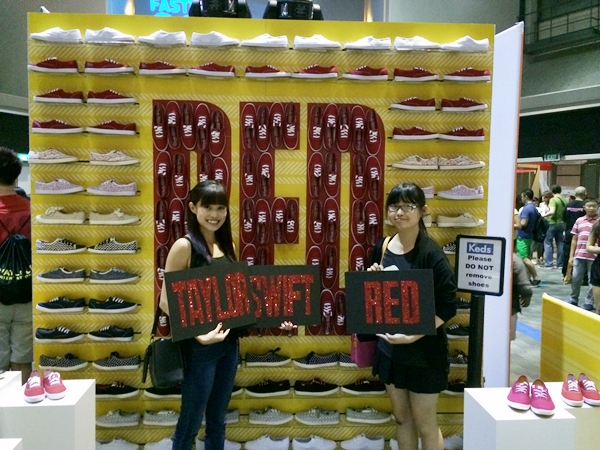 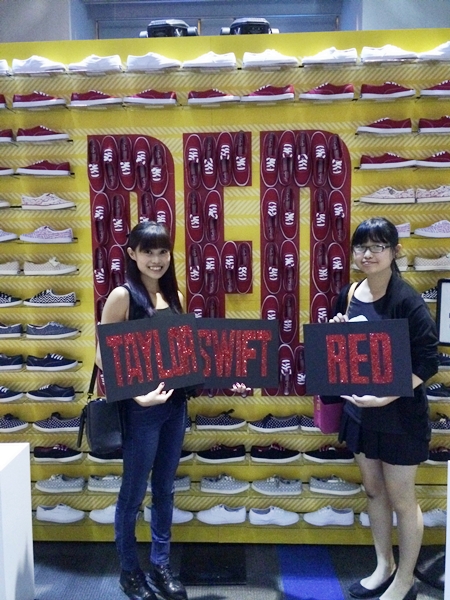 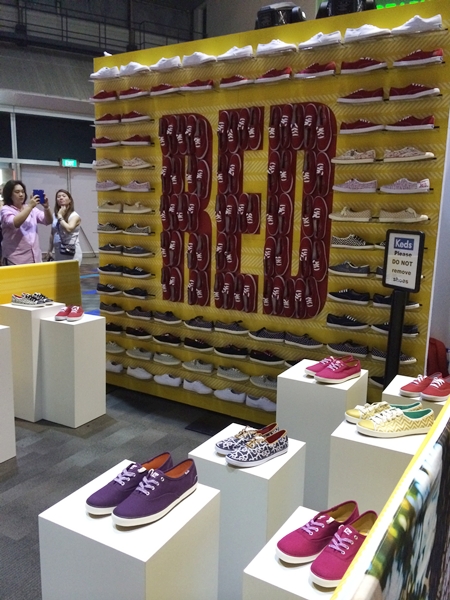 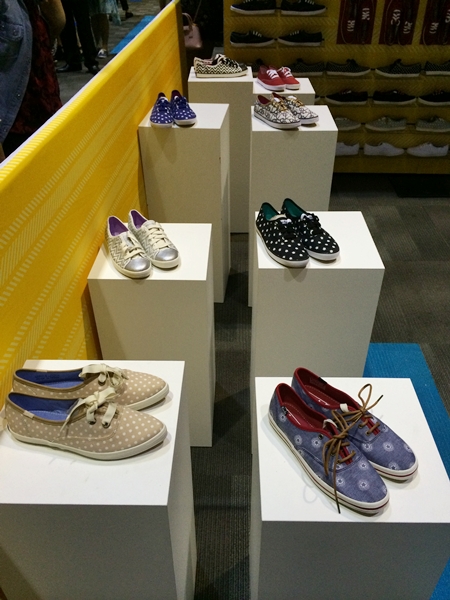 Display of various Taylor Swift’s Keds sneakers. Even though they were only meant for display and not for sale, we were given 15% discount coupons that can be used for future purchase at Robinsons and Royal Sporting House. 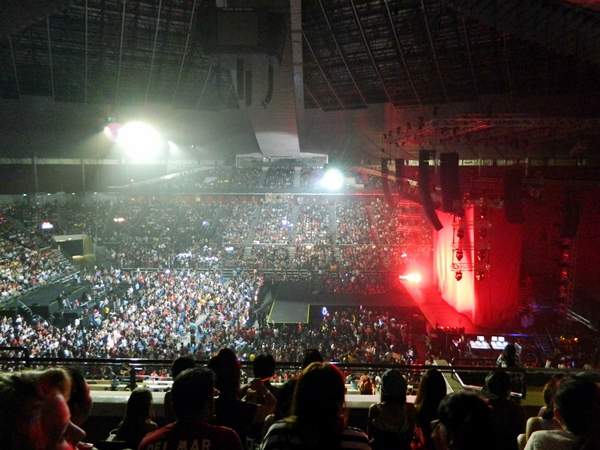 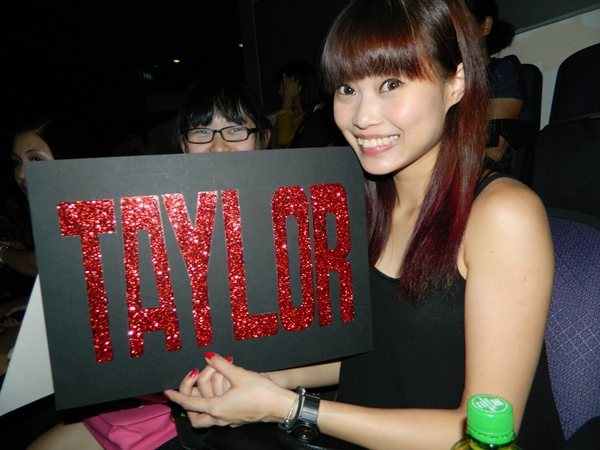 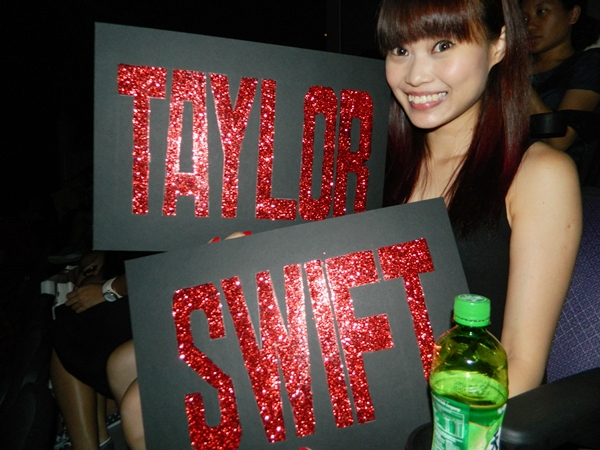 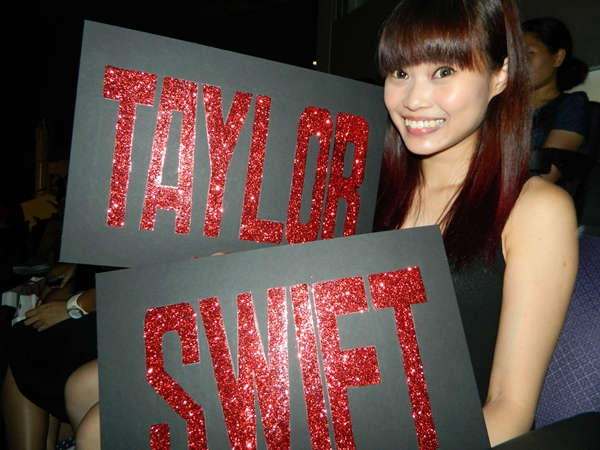 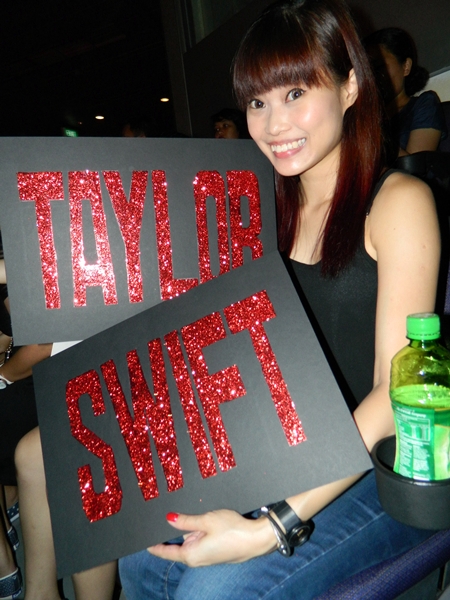 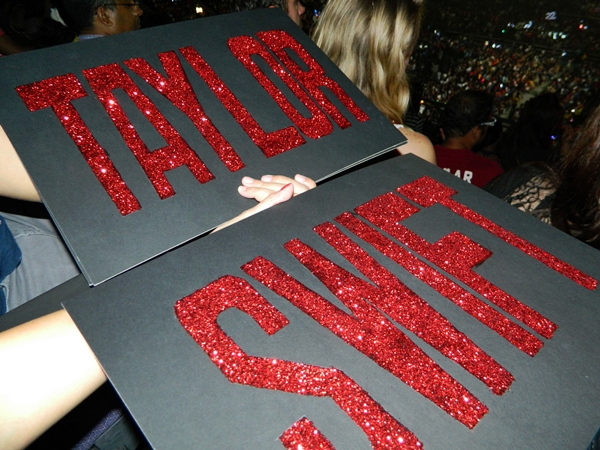 The concert started promptly at around 8pm? 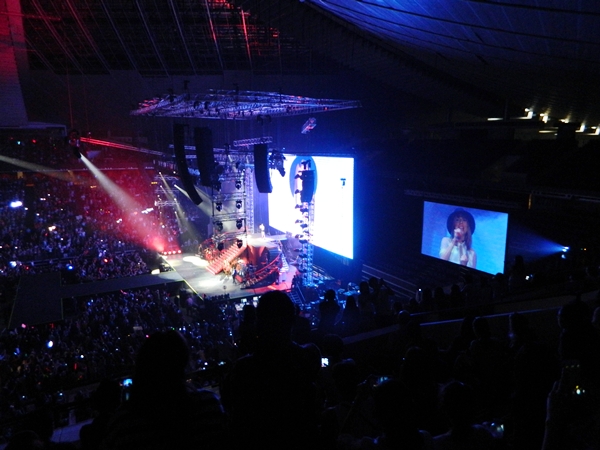 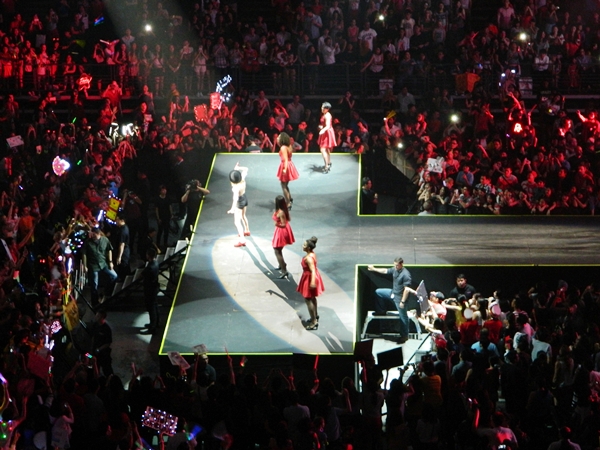 I didn’t really snap much pictures during the concert since we were sitting so far away but I did record quite a fair amount of voice recordings and took some videos.

Duration of Concert: Approx 90 minutes.
Songs performed (Album):
State Of Grace (RED)
Holy Ground (RED)
Red (RED)
The Lucky One (RED)
Mean (Speak Now)
22 (RED)
You Belong With Me (Fearless)
Long Live (Speak Now)
Sparks Fly (Speak Now)
I Knew You Were Trouble. (RED)
All Too Well (RED)
Love Story (Fearless)
We Are Never Ever Getting Back Together (RED) 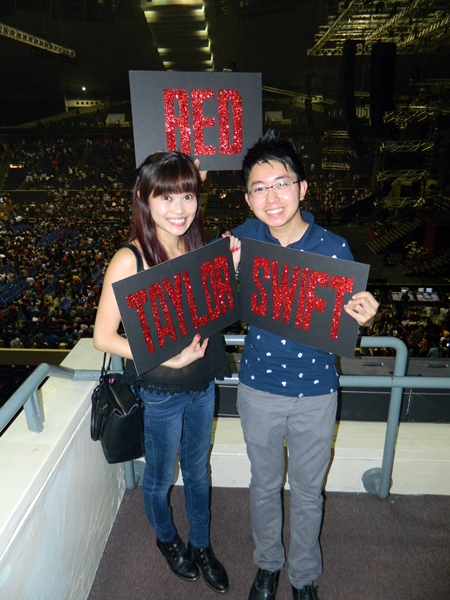 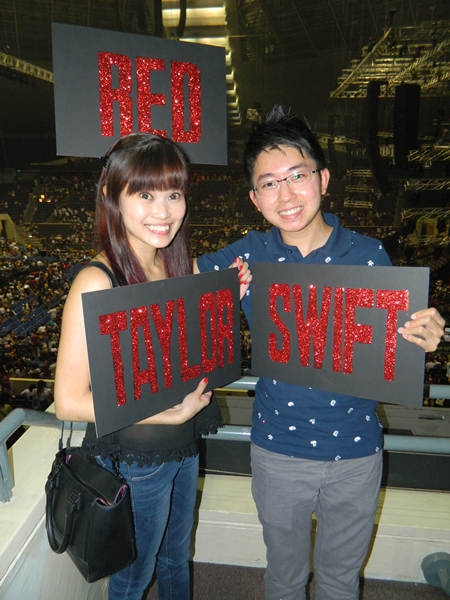 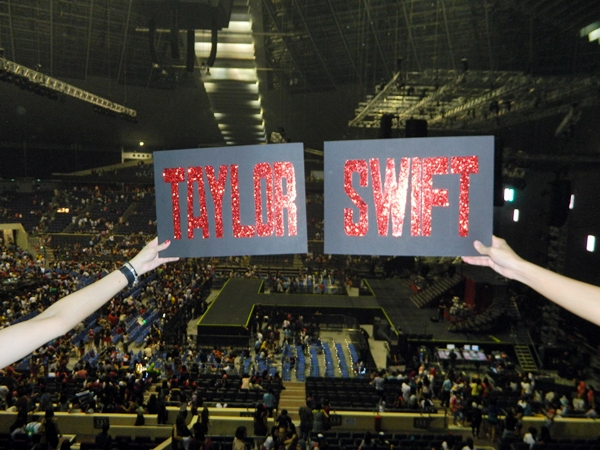