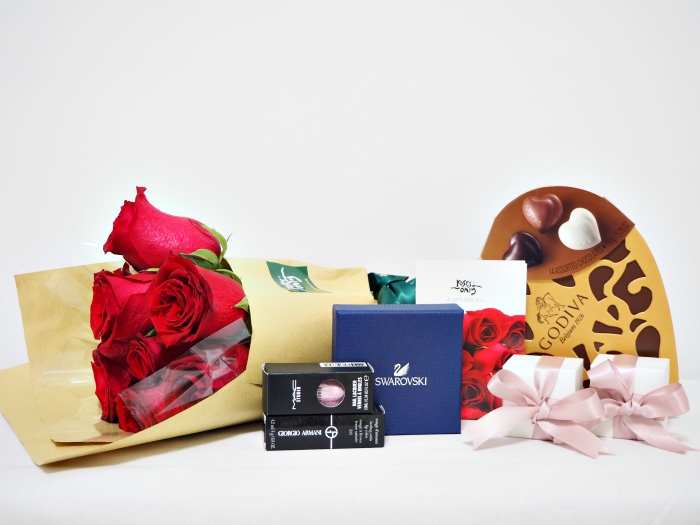 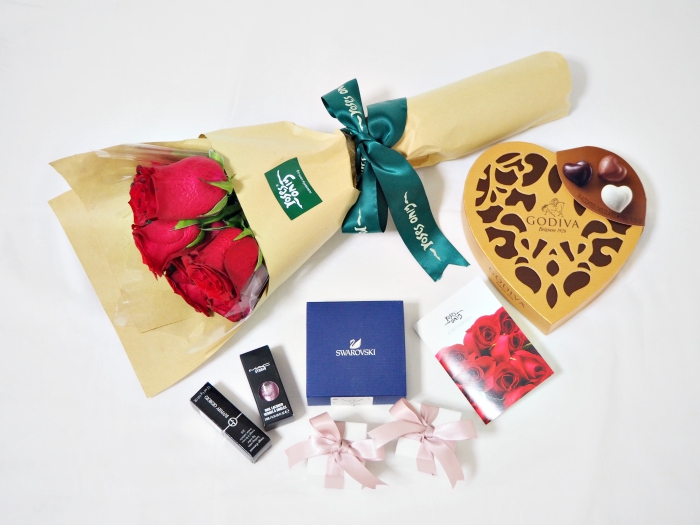 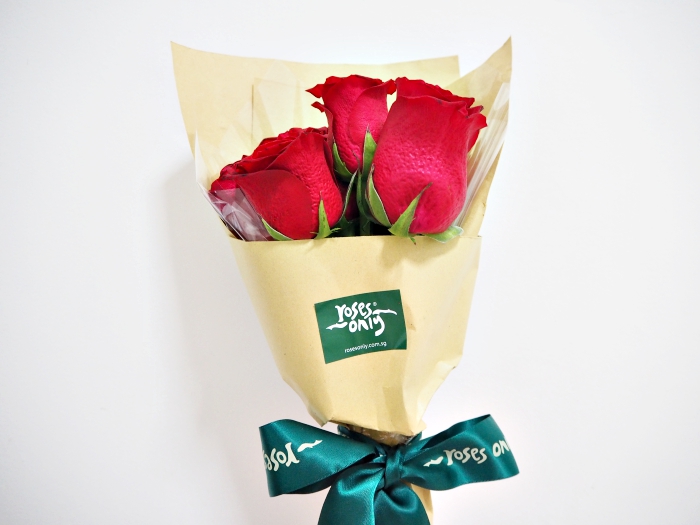 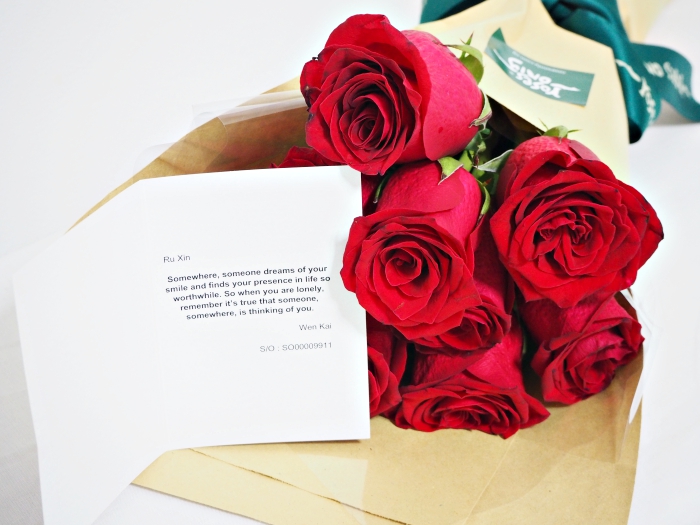 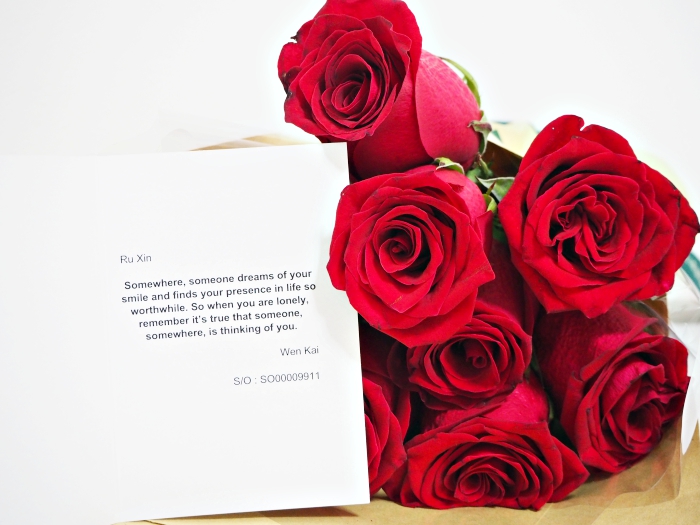 Earlier last month, the Boyfriend went for his first ever oversea work trip (to Bali).

The trip was supposed to last for four days from 5th to 8th October, which, happened to coincide with our 99th monthsaries.

Generally, after being together for so long, we no longer celebrate our monthsaries. But because it was our 99th months (the figure 99 / 100 seems to hold some unknown significance?) it somehow feel extra special.

We actually had a small quarrel two days before his trip and because of that, we weren’t exactly on talking terms.

He left early in the morning on 5th October.

On 6th October, I received a surprise delivery from RedMart. He actually ordered some food for me, probably thinking that I’ll starve myself without him around. Since I was still angry with him, I didn’t text him or reply to any of his text messages. I simply just wrote on my Dayre that I received a surprise delivery and the person who made the order actually got me things that I don’t usually buy / eat.

Then on 7th October, I received yet another special delivery. This time round it was a bouquet of nine roses. I wasn’t at home when the delivery guy came knocking on the door but thankfully my sister was around to sign for the flowers. The roses came with a card and even though it wasn’t handwritten, the message clearly still comes from him.

I swear this guy can say the most stupid thing ever, but at the same time, he can also wrote to me the sweetest message! I’m dying to know how his brain function.

I was no doubt elated to receive the flowers since that was totally unexpected. But what really surprises me is that he actually rushed back one day in advance (on the day of our monthsaries) and turn up below my house right before midnight. I almost laugh out loud when I saw him turning up with his luggage (he came straight from the airport) by his side and presents in his hand.

This is the guy that I love eight years ago and continue to love till today. The one who always drives me crazy with the things he does and says. But at the end of the day, loving him means I will forgive and forget and still love him more with each passing day.