Venturing out to other parts of Singapore that we seldom been to and this time round we were in the East!

East Coast Road, to be exact.

Having live in the West for my entire life, I must say Eastern part of Singapore is like a totally unfamiliar territory for me. 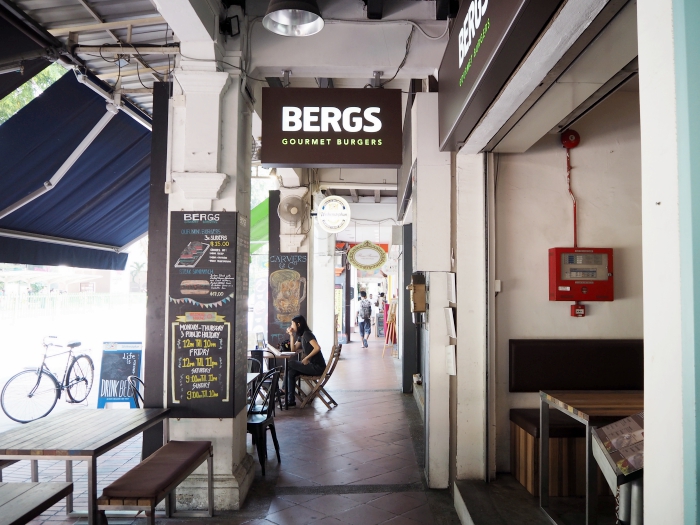 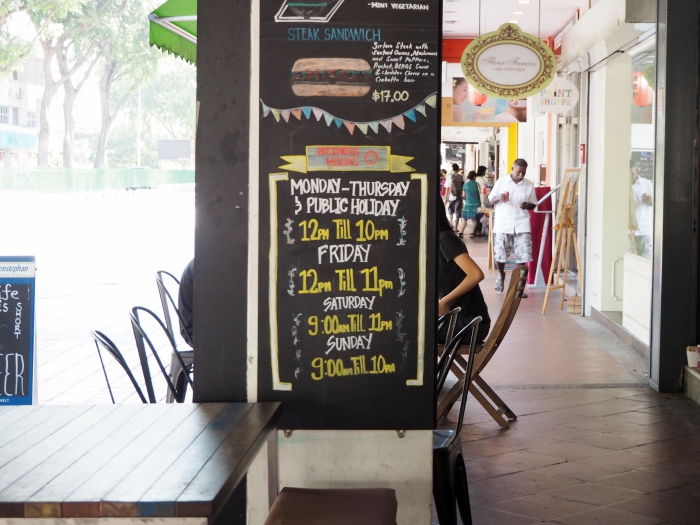 We actually spotted quite a number of cafés / eateries around, but eventually decided on BERGS. While they have more than one outlet in Singapore, I’ve never heard about this place. 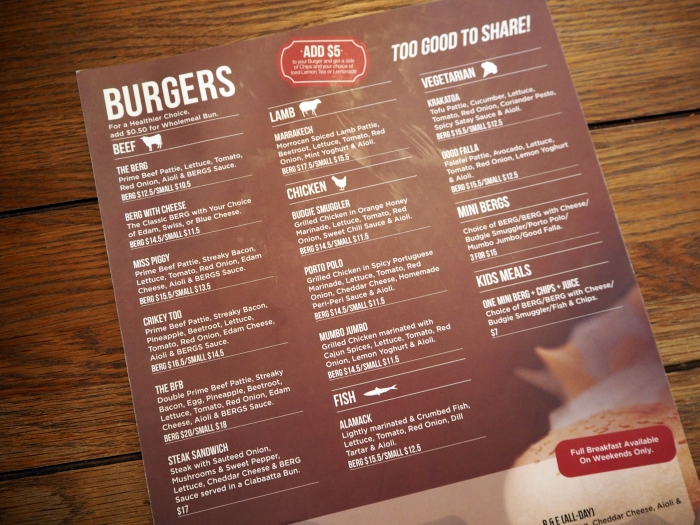 We were actually pretty hungry, and burgers since like a fairly good option! 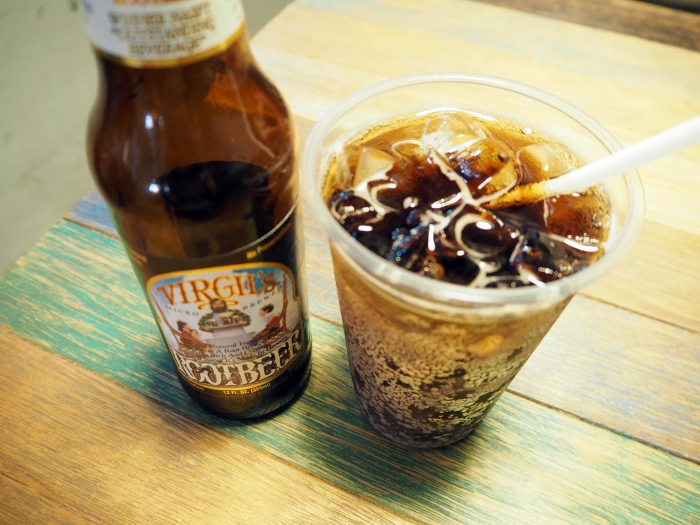 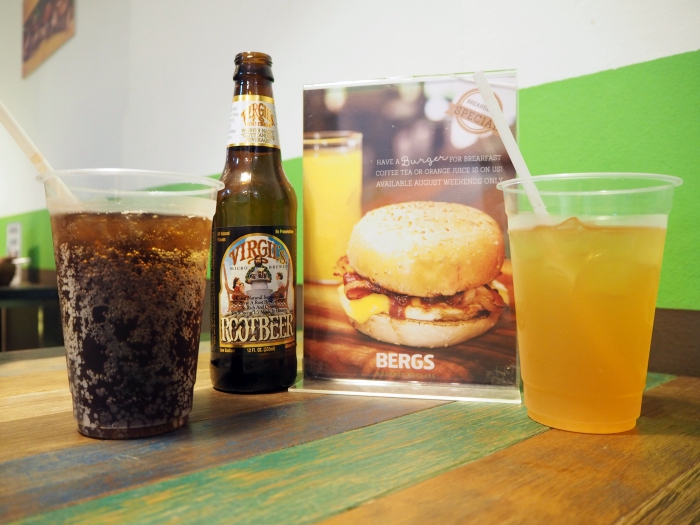 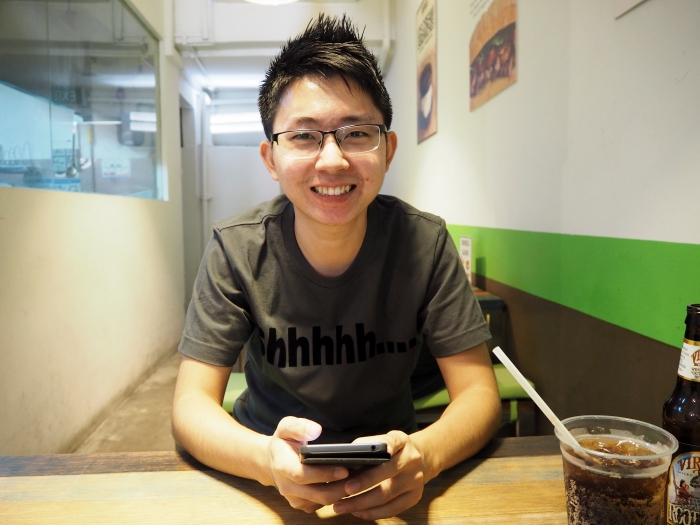 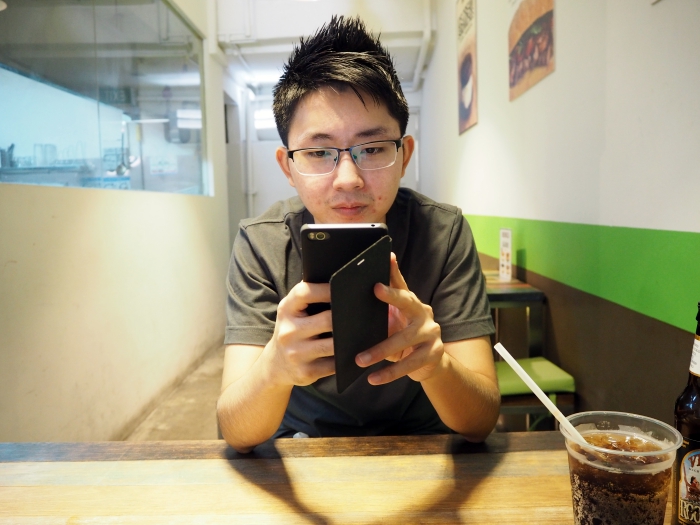 Since it was our first visit, we’ve no idea what was nice on the menu. We initially thought of ordering one burger each.. But on second thought, we decided to go for the Mini BERGS which allows us to choose three different mini burgers. 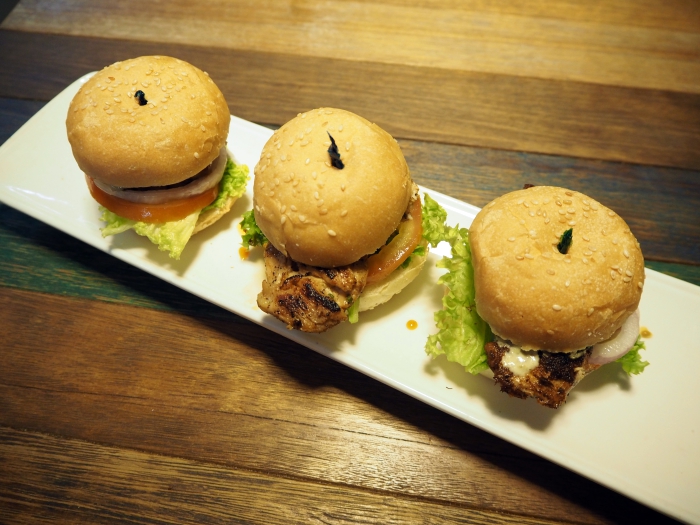 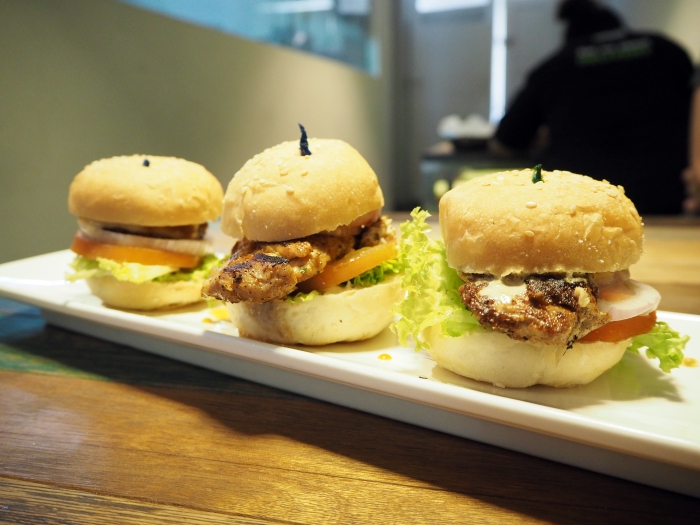 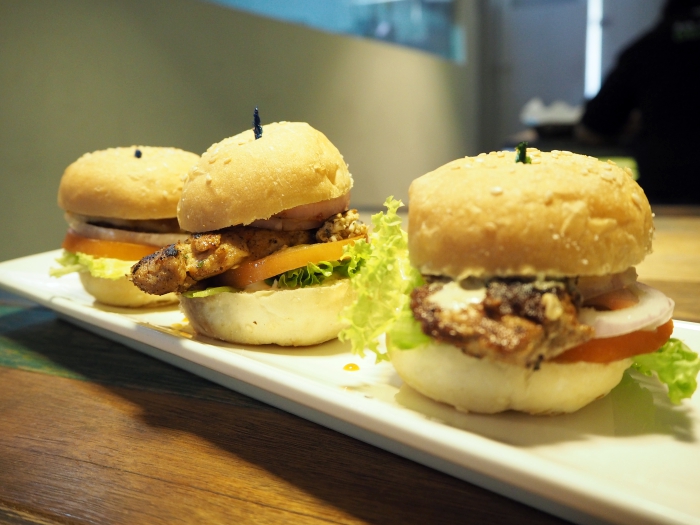 My favourite among the three is definitely the Budgie Smuggler! The grilled chicken is juicy and tender and perfect when paired with the chili sauce. The other two burgers were not too bad either, but just not as nice as the Budgie Smuggler in my opinion! Definitely going to order the full size burger on my next visit. 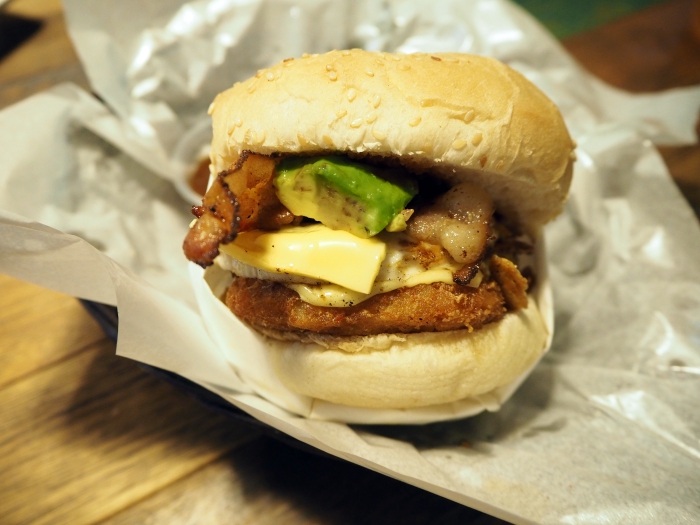 Apart from the Mini BERGS, we also ordered the Morning Glory Burger.. That comes with avocado, bacon, cheddar cheese, egg and hash brown.

When we saw the menu, we thought the “Morning Glory” was some sort of breakfast plate so imagine our surprise when they served us a full size burger instead. We even thought they mixed up our order. But turns out what we ordered was a “breakfast burger”. And because we’ve no idea it was a burger, we even added on an extra serving of the egg. 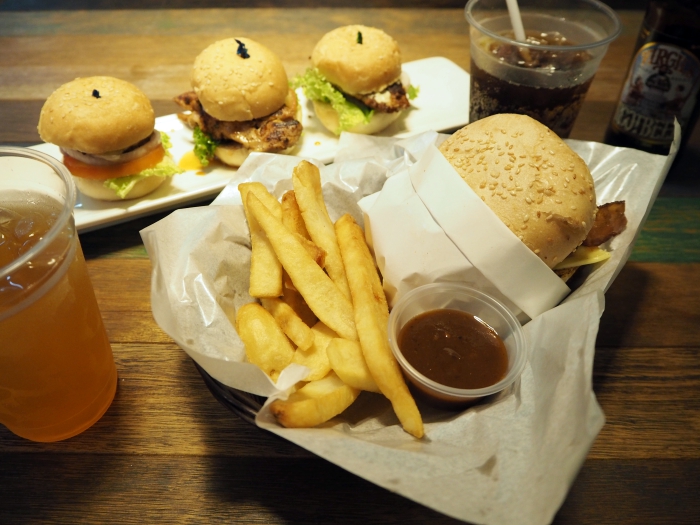 Overall, I really enjoyed all the burgers and I definitely think it deserve a second visit soon! East Coast is really a little too far away from home, but now that I know there is an outlet in town and another outlet in Chinatown, I’m definitely planning to go back again soon.

After lunch, we decided to go for a movie at the nearby mall, before heading back to town at night. Wasn’t hungry but the Boyfriend wanted to have dinner before going home, and that’s how we ended up at Outback Steakhouse @ Orchard Gateway. We actually went to Orchard Gateway for LENAS but only to find out that the place had been closed down. Since Outback was right next door, we decided to just head in for our dinner.

We’ve been planning to try Outback for countless times but somehow never had the chance. Finally try it that day and I really like the food! 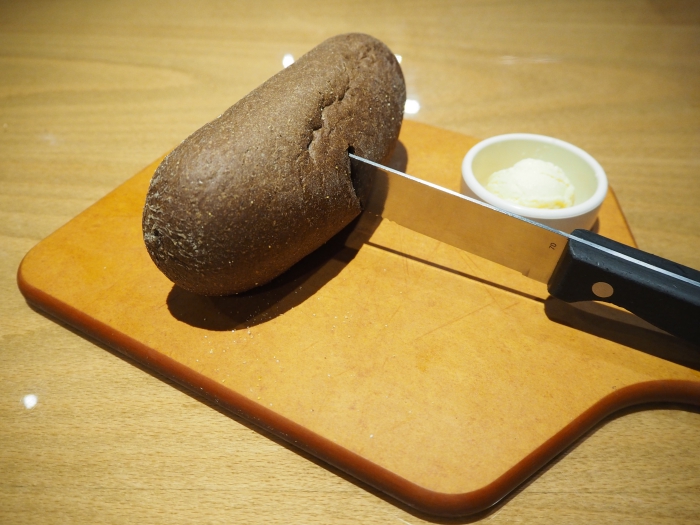 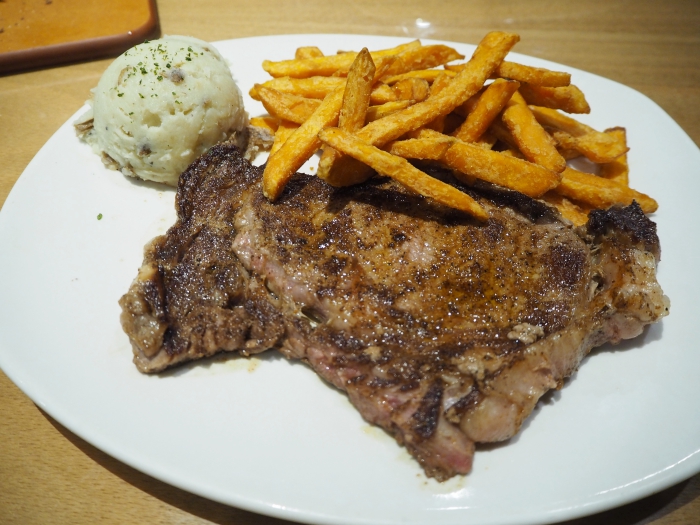 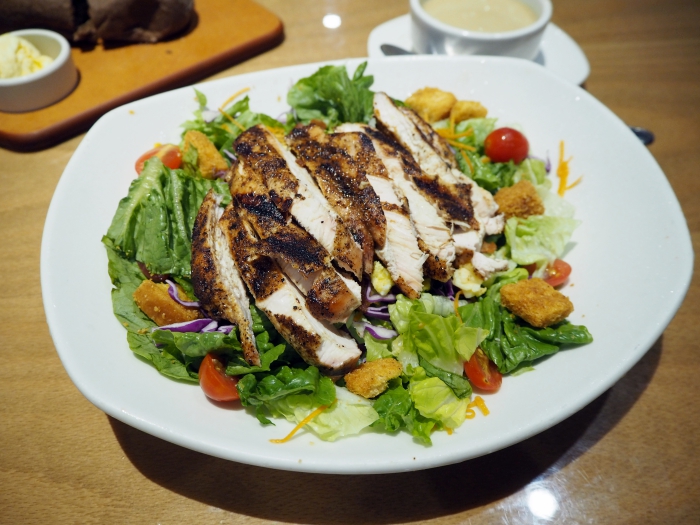 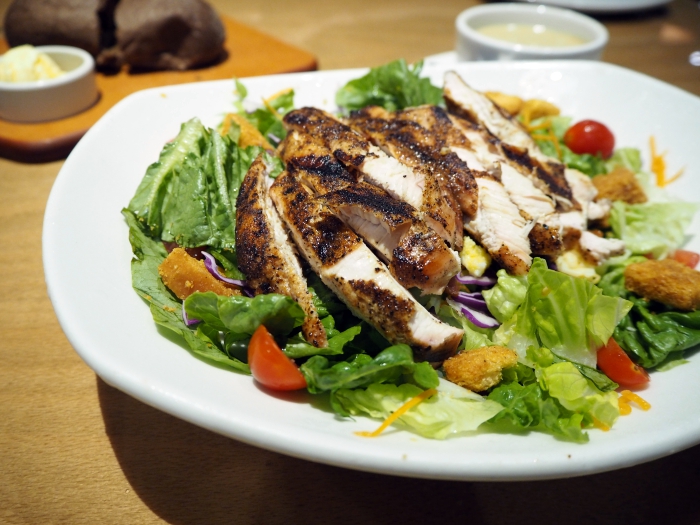 As for me, I ordered the Aussie Chicken Cobb Salad because I saw it on someone else’s table when I walked in and the salad look so good. Thankfully, it tastes just as good as it looks.

The portion was really huge and there’s no way I could finish it all by myself. I ended up only managed to finish half of it and packed the rest of it home.

With the two ice lemon teas that we ordered, our total bill came up to slightly over S$80. Though it was expensive, at least the food was good. We were at Jack’s Place the other day for dinner and the food there were terrible. Definitely far from what I remembered. It’s either their standard of food had dropped, or we were just unlucky that day. The meal wasn’t cheap and I was so sad that we actually paid so much for food that we didn’t enjoy. Certainly don’t see ourselves going back to Jack’s Place for dinner anytime soon.