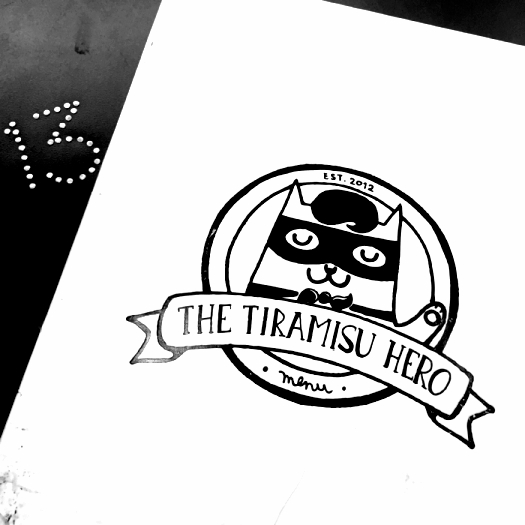 Finally went to The Tiramisu Hero, located at 121 Tyrwhitt Rd. 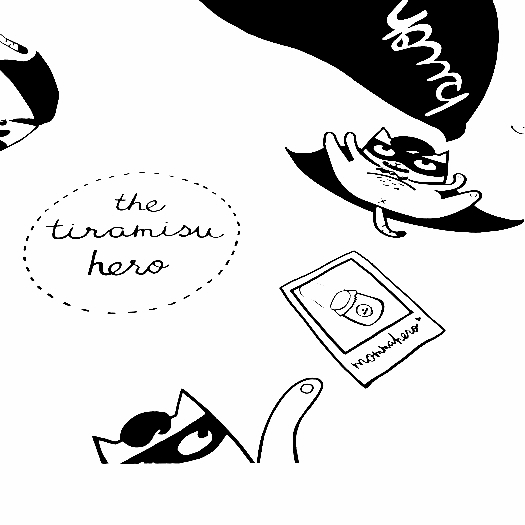 Well, I must say it was a totally random and spontaneous visit to The Tiramisu Hero as it wasn’t our original plan to go there for dinner. The Boyfriend actually wanted to bring me to a café located nearby but the place was closed on a Tuesday’s evening. And we only found out after reaching and standing outside of the café. Fortunately I remembered The Tiramisu Hero was located close by so we decided to try our luck to see if it was opened.

Obviously, it was, and that was how we ended up having our dinner there on a weekday evening. 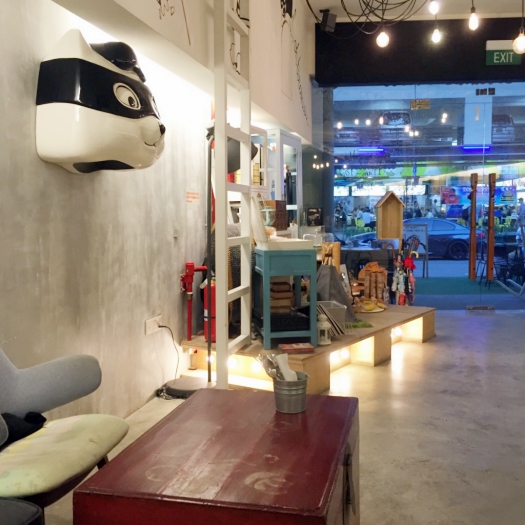 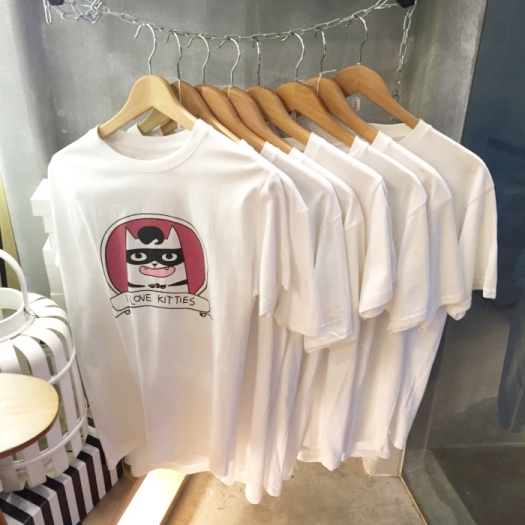 One of their in-house designed merchandise includes these t-shirts that come with a cute little aluminum foil container. Wanted to get one for my sister but unfortunately the sizing run bigger than usual. Guess the sizing are meant more for guys instead of girls. 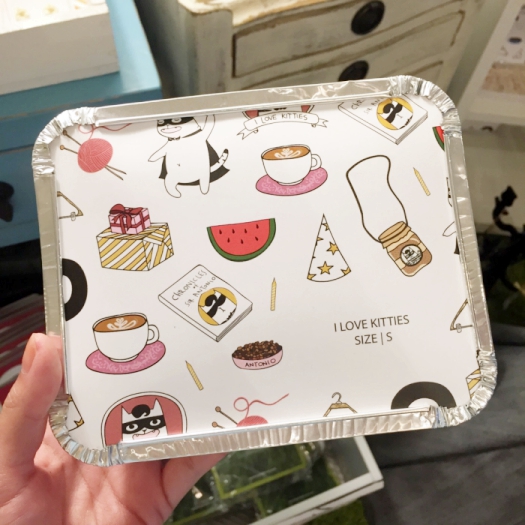 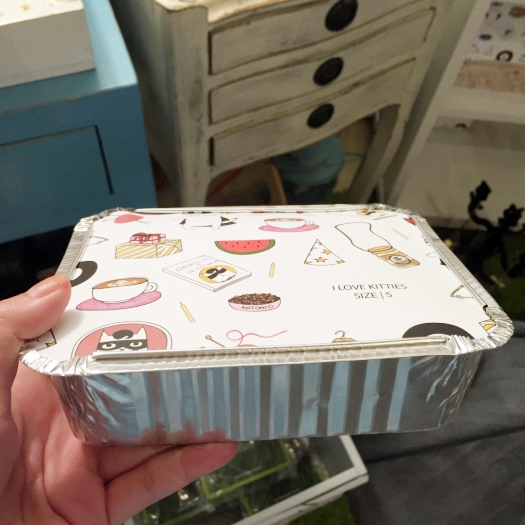 Food wise, we each ordered a main and completed our meal with a soup and a drink. I quite like the mushroom soup with garlic bread. 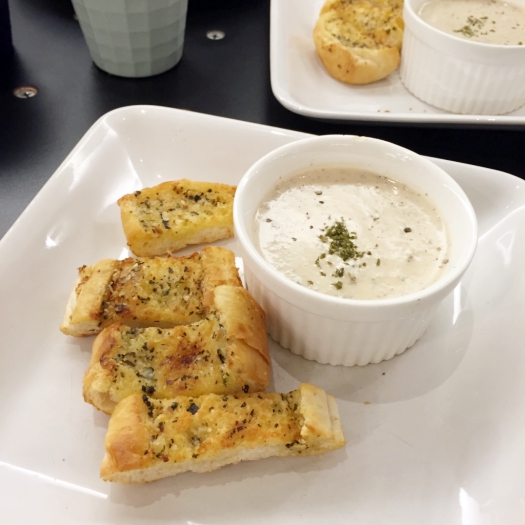 The Boyfriend ordered the “Bangers with Mac & Cheese” (SGD17), which basically is just three assorted gourmet sausages, served with Mac & Cheese. If you are not a lover of Mac & Cheese, you can also have the option to have it with Mashed Potatoes (SGD15) instead. 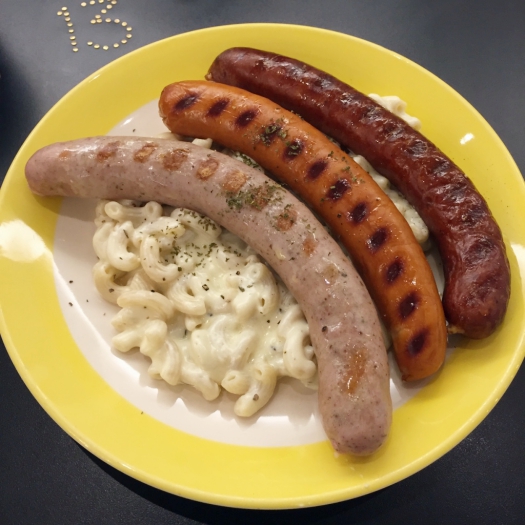 The Mac & Cheese was okay, but I didn’t like the taste of the sausages. If I’m not mistaken there was one sausage that came with cheese in it and it was slightly better than the other two. 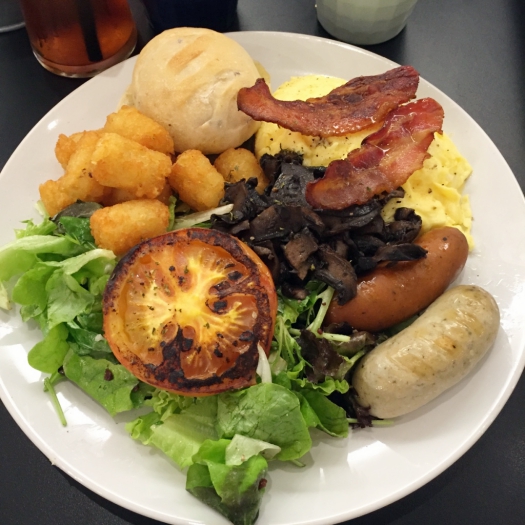 Comparing this to Food for Thought’s “Full Works”, I actually prefer the latter one more. The Mega Breakfast was okay I guess? Only that nothing in there was particularly outstanding. 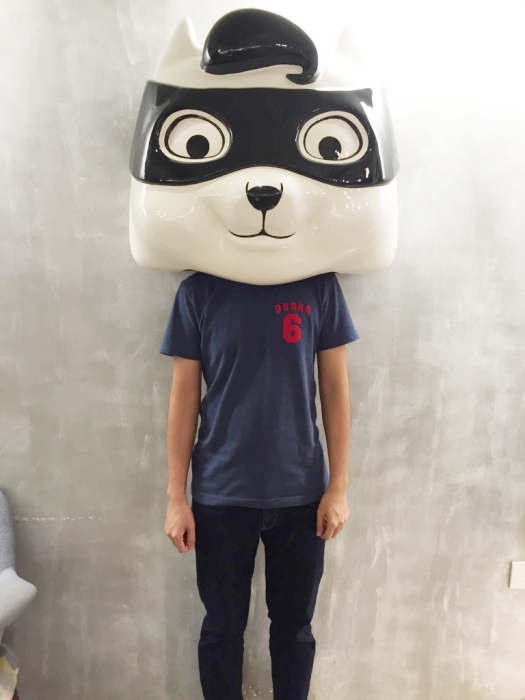 Overall, I thought the food was rather average and I definitely don’t see myself going back anytime soon. The entire place wasn’t very big so I can only imagine it to be very packed during peak hours.

Bought home a small glass jar of their signature tiramisu (I got the strawberry one) for SGD7.50 and I think that was the nicest thing I’ve eaten for that night. Quite expensive for a small portion of tiramisu but I guess I’m paying partly for the cost of the glass container.

Marina Barrage / Satay by the Bay