Reached Ikebukuro Station at around 16:00. Our original plan was to go for lunch/dinner at one of the gaming sushi place. The one whereby you can win gachapon by eating sushi? I didn’t know what’s the exact name you call it, but according to our Japanese friends, they call it the “gaming sushi place”.

Took us awhile before we finally located the place. Went inside and what greeted us was a very long line. Still, we went ahead and obtained a queue ticket thinking we would come back later for dinner. However, we didn’t end up going back as we were too hungry, so we decided to have our lunch/dinner elsewhere and find a time to come back again. 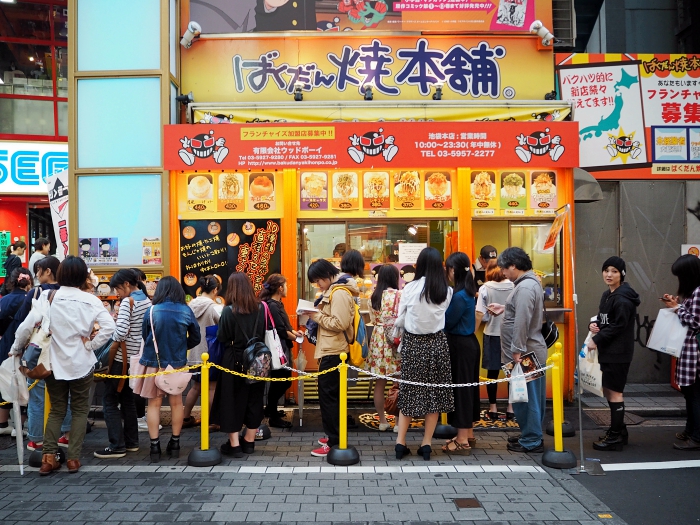 Initially, we wanted to get this as our snack before lunch/dinner. We went past this store a couple of times previously and got attracted by the signages. It’s like a giant takoyaki that comes with a variety of toppings.

Judging from the long queue, it seems to be very popular with the locals too. However, we once again gave it a miss because I found myself to be too hungry to stand in the queue. 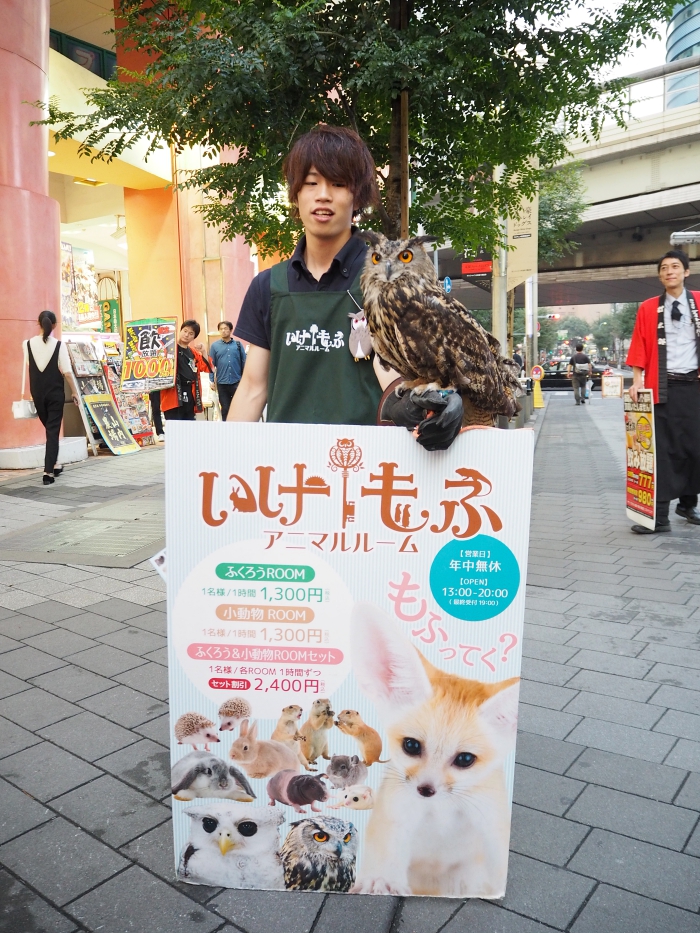 Spotted this on the street. An advertisement for an animal cafe? Everyone, me included, was crowding around trying to take a picture of the owl.

We ended up going to Sunshine City and decided we would dine at any eatery that we saw. It turns out to be CoCo Curry House. The fiancé didn’t want to have it at first since this is something we can easily find in Singapore. But I thought we would try the authentic version from Japan and to be honest, curry rice seem to be a pretty good option to me at that time. At least it’s something substantial enough to feed my hunger. 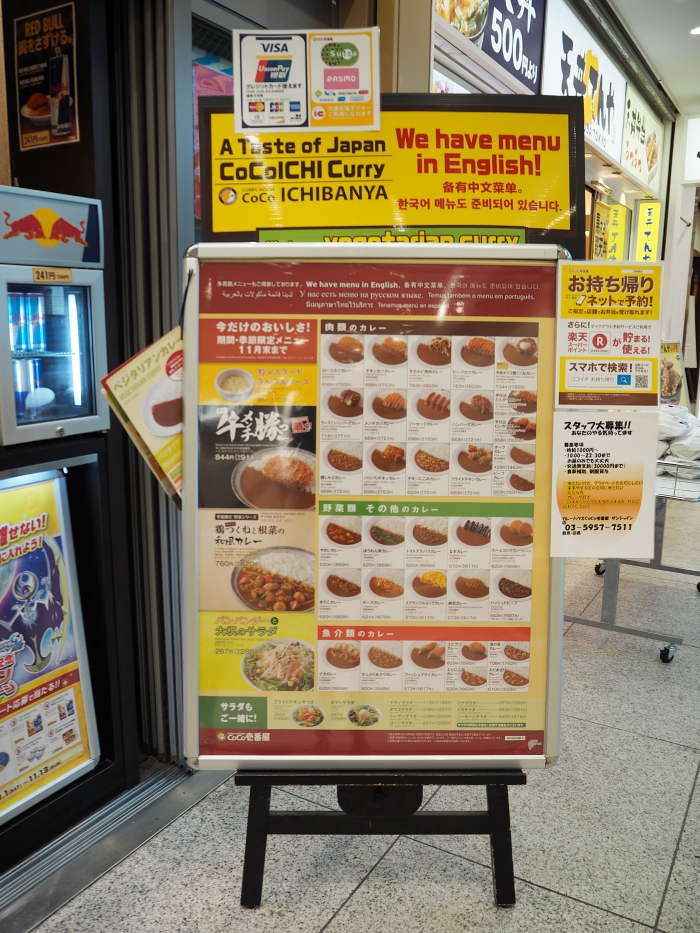 As usual, he always likes to over order whenever he’s hungry. Managed to stop him this time, so we only got a Pork Cutlet Curry with Cheese (JPY960) and a Chicken-zanmai Curry (consist of chicken cutlet, fried chicken and stewed chicken) for JPY1,229. Prices may vary base on the add-on and portion of rice you picked. 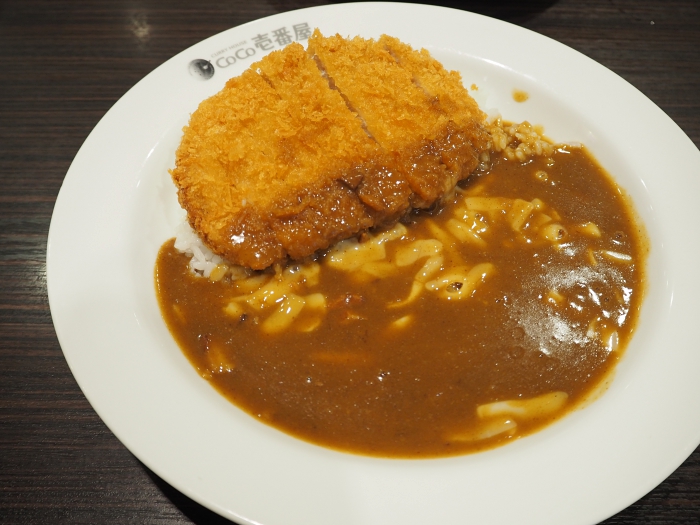 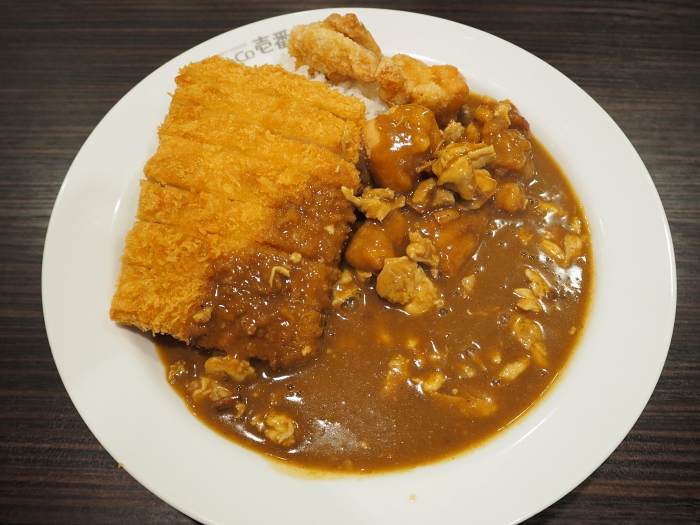 After our meal, it’s time to begin shopping. As the malls and shops in Tokyo tend to close early, we decided to head straight to the Pokemon Center. 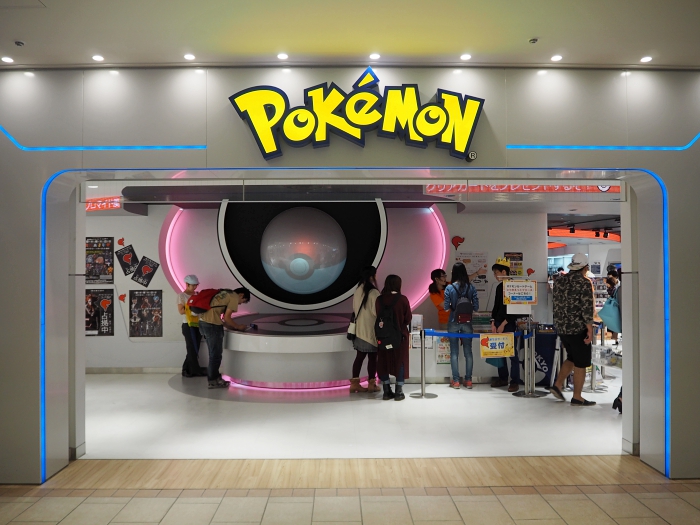 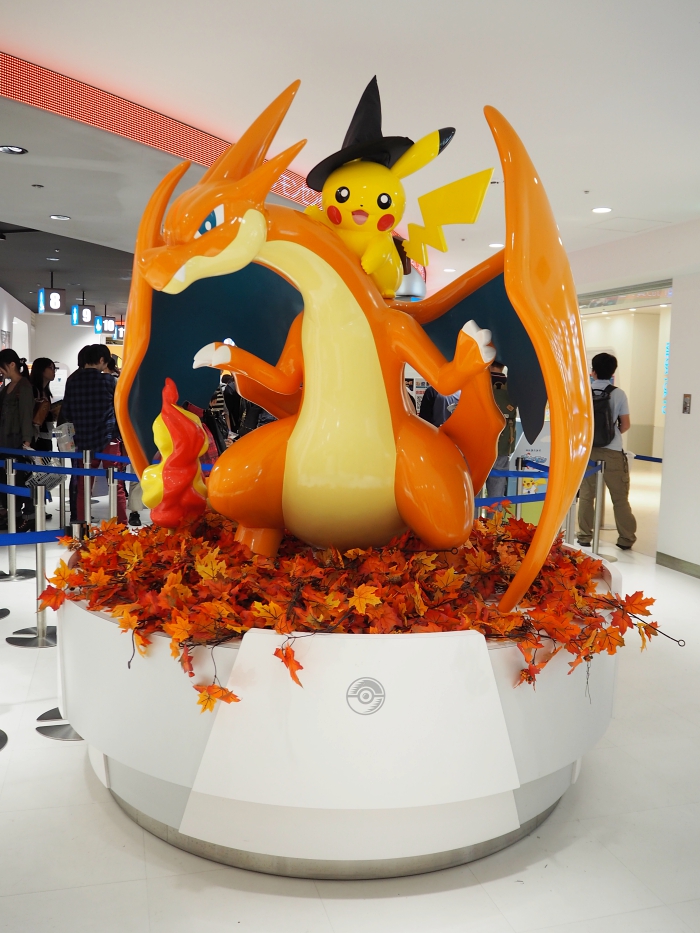 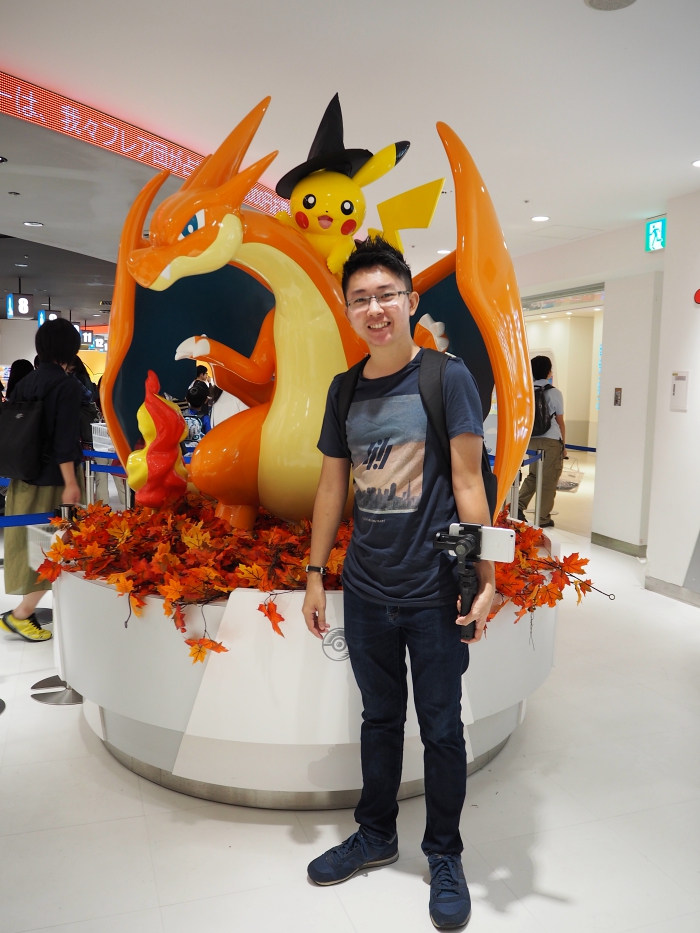 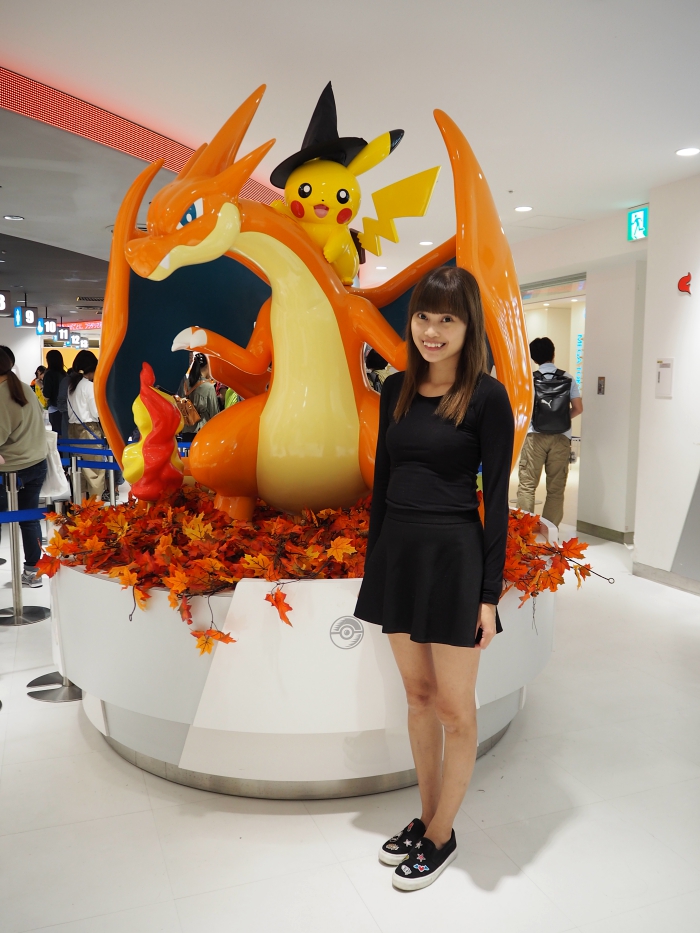 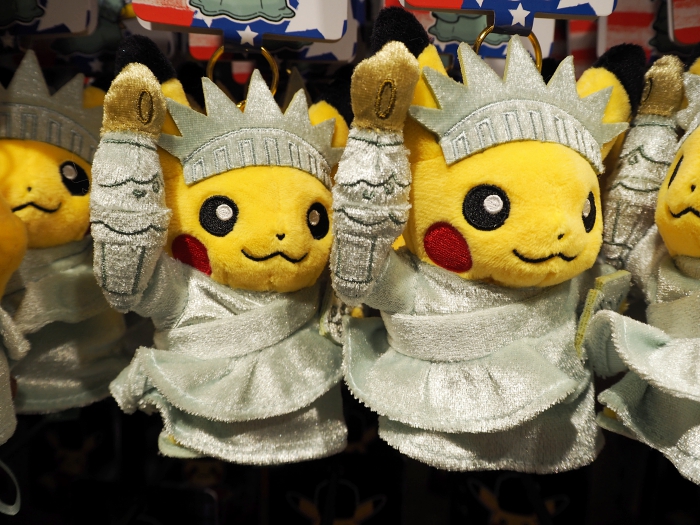 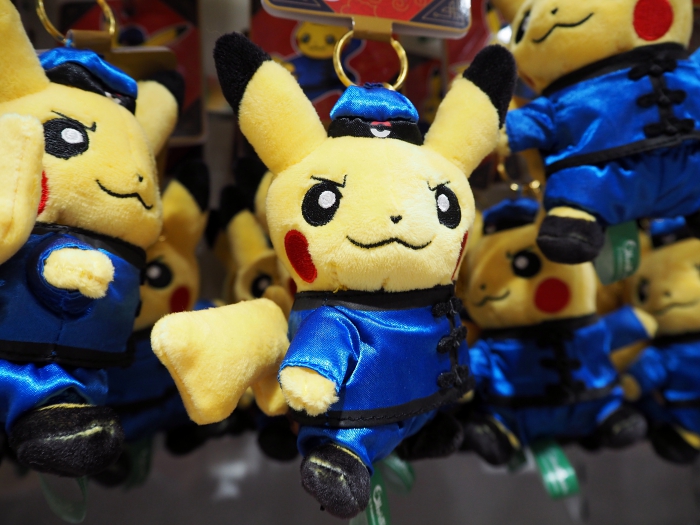 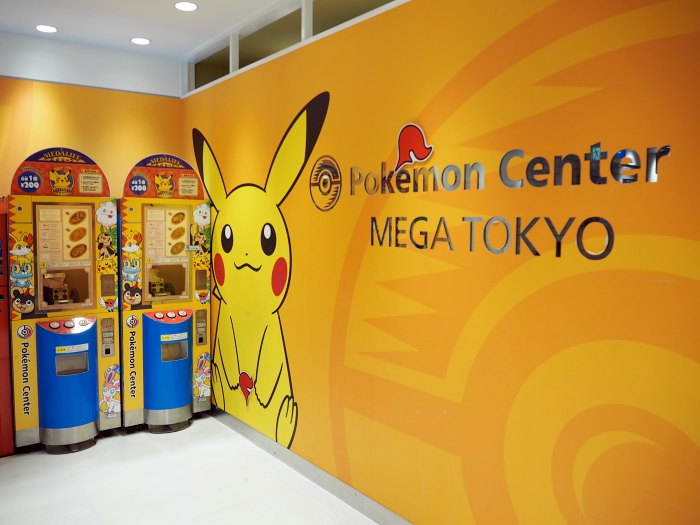 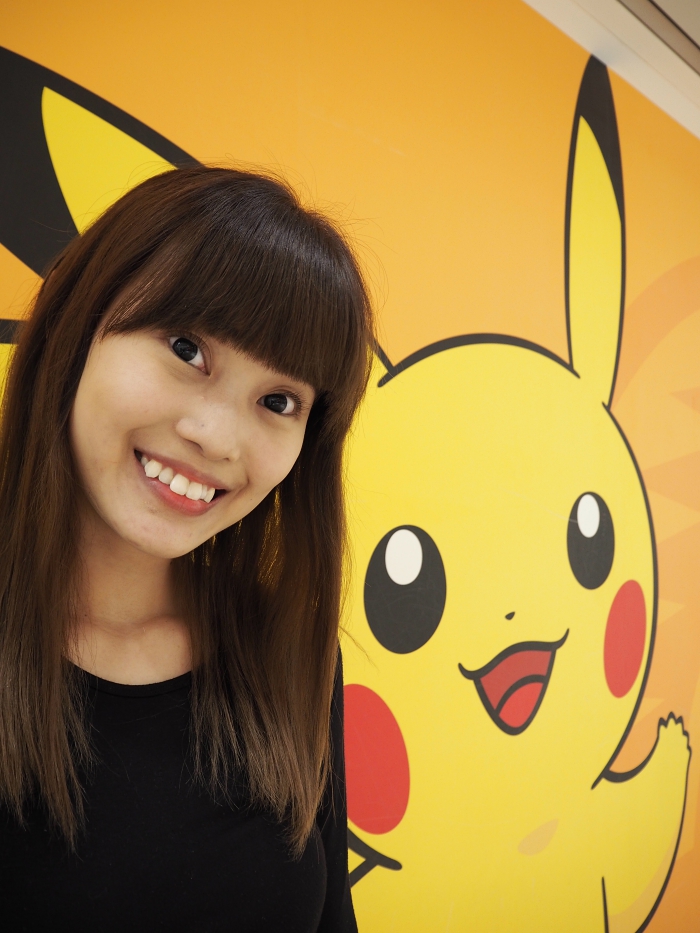 Due to some on-going event, the store was packed when we were there. (You can see more in the video). We managed to have a quick look around, decided there’s nothing I wanted to get, and left shortly after. To be honest, the merchandise they carry were quite disappointing. Mostly soft toys and kiddy stationeries.

Leaving the Pokemon Center, we continue to roam around the mall before going over to the Disney Store to get our advance tickets for DisneySea. The store was packed as well, but as we needed our tickets for Monday; the fiancé still went ahead to join the queue while I was told to shop around. I mainly wanted to film more footage, so I didn’t end up buying anything new that day. 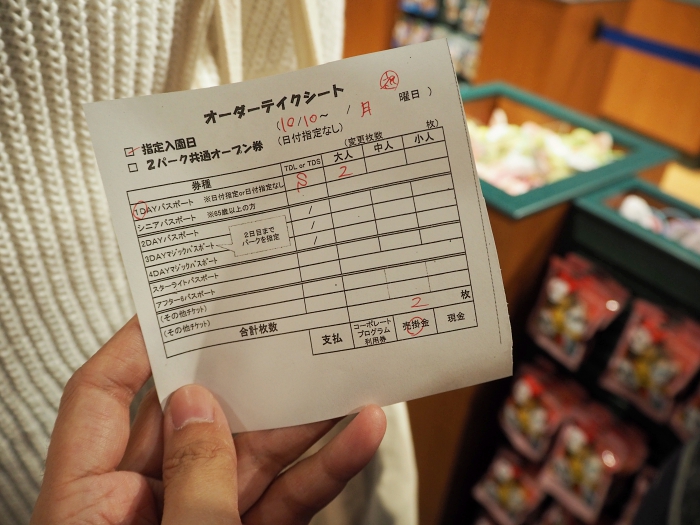 One of the staff actually walked down the queue with a calendar on hand and asked what dates and tickets we intend to get. It helps to speed up the process because once she checked the date is available, she wrote it down on the paper and told us to pass it to the counter later. Over at the counter, all we had to do is to pay and collect our tickets.

It wasn’t hard for me to choose between Disneyland and DisneySea. Since we already went to the Disneyland in Hong Kong, I knew I wanted to go DisneySea if I ever get the chance to visit Tokyo. 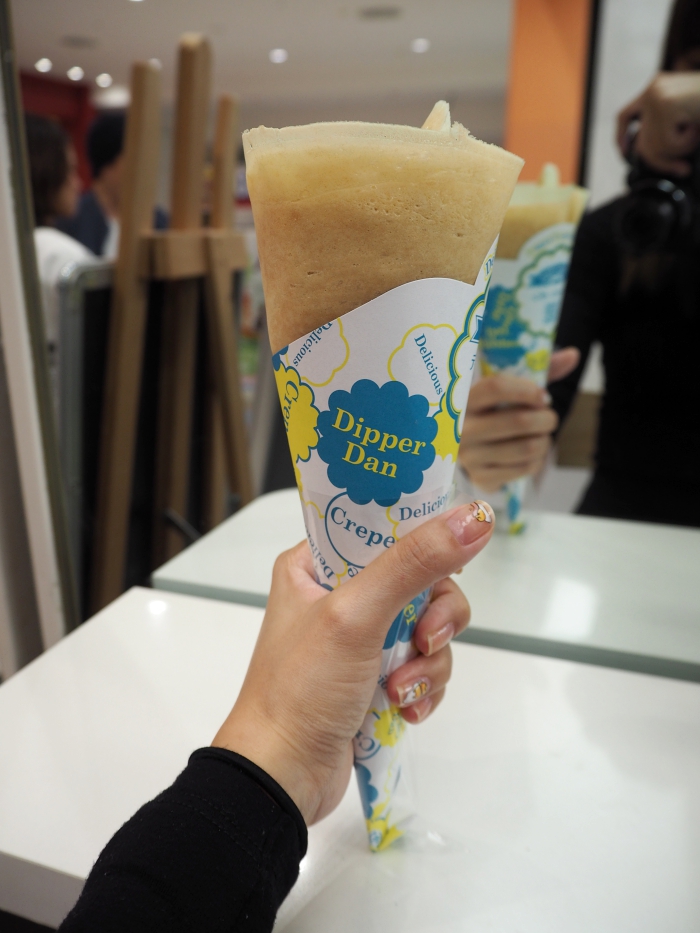 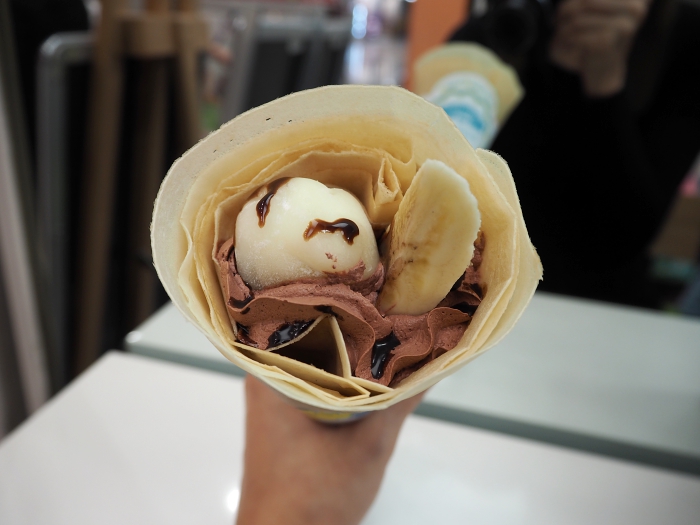 Got myself a chocolate and banana crepe right before we left Sunshine City. We didn’t get to have the popular crepe from Harajuku the day before hence I had to made do with this one from Dipper Dan. Love the mochi ice cream inside.

I don’t have a picture, but we went to Uniqlo, and one of the arcades after we left Sunshine City; and the fiancé actually caught a Pokemon Great Ball cushion at the arcade with just JPY200. This is by far the third plush we had gotten from the arcade in the past six days. Someone was playing at the machine before us, and he was so close to winning the prize. Not sure why, but he ended up not playing so the fiancé took over and ended up winning it after two tries.

What a pleasant surprise! 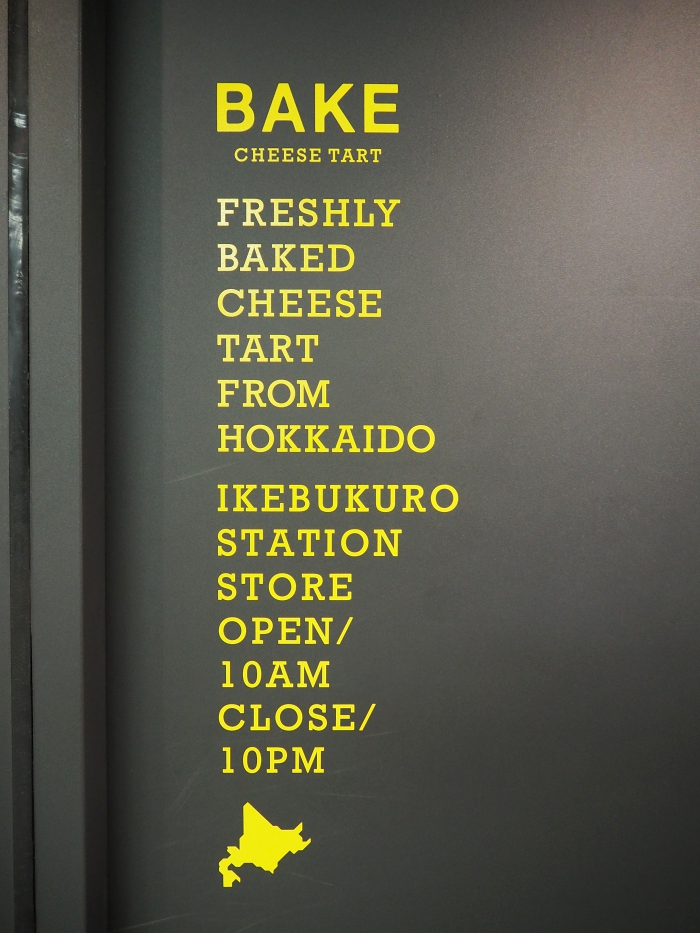 Before we head back to Nishi-sugamo, we managed to snap up three BAKE cheese tarts (JPY648) from Ikebukuro Station. It was slightly before 21:00 and they were some of the last few available because we noticed the staff taking in order and calculating the balance while walking down the queue simultaneously.